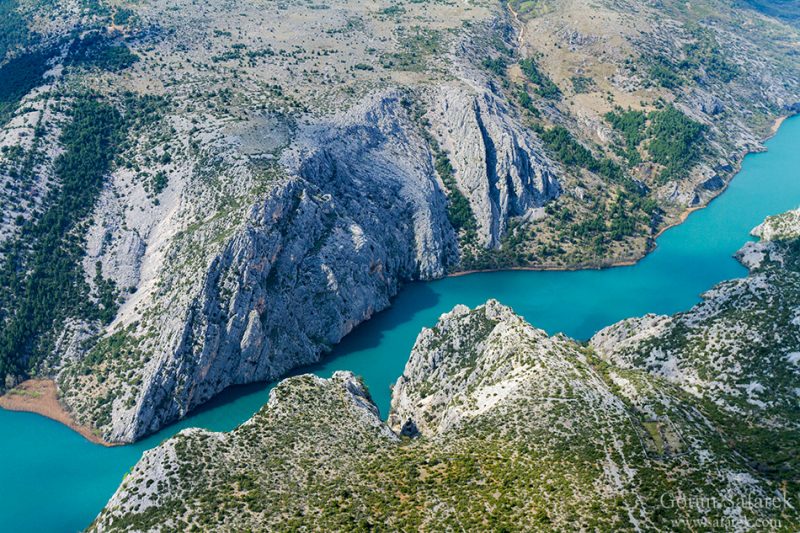 The canyons are one of the most striking features of the rivers. Learn how they are formed and where could it be found.

The canyons are the results of the river erosion through the rock. They are sort of valleys, the most common landforms on the Earth’s surface, are usually cut by streams. Canyons are often are more profound, more narrow and with steep sides then valleys. The underlying geologic cause is the same: by removing rock and sediment from the stream channel, a stream deepens, widens, and lengthens its own valley.

The process of deepening a valley by erosion of the streambed is called downcutting . If a stream removes rock from its bed, it can cut a narrow slot canyon down through rock. Such narrow canyons do not commonly form because mass wasting and sheet erosion usually remove rock from the valley walls. These processes widen the valley from a narrow, vertical-walled canyon to a broader, open, V-shaped canyon. Slot canyons persist, however, in very resistant rock with favorably oriented fractures or in regions where downcutting is rapid. Downcutting cannot continue indefinitely because the headwaters of a stream cannot cut below the level of the streambed at the mouth. If a river flows into the ocean, sea level becomes the lower limit of downcutting. The river cannot cut below sea level, or it would have to flow uphill to get to the sea. For most streams, sea level controls the level to which the land can be eroded. The limit of downcutting is known as base level ; it is a theoretical limit for erosion of the Earth’s surface.

Forming of the canyons is a slow and long-time process of erosion from a plateau or table-land level. The cliffs form because harder rock layer that is resistant to erosion and weathering remain exposed on the valley walls. Canyons are usually more common in arid than in wet areas because physical weathering has a more localized effect in arid zones. The wind and water from the river combine to erode and cut away less resistant materials such as shales. The freezing and expansion of water also serve to help form canyons. Water seeps into cracks between the rocks and freezes, pushing the rocks apart and eventually causing large chunks to break off the canyon walls, in a process known as frost wedging. Canyon walls are often formed of resistant sandstones or granite.

Such valleys often occur in the upper courses of rivers, where the stream has energy to digs its canyons are valley relatively quickly. However, they are found in plains too, especially in places of soft rock. 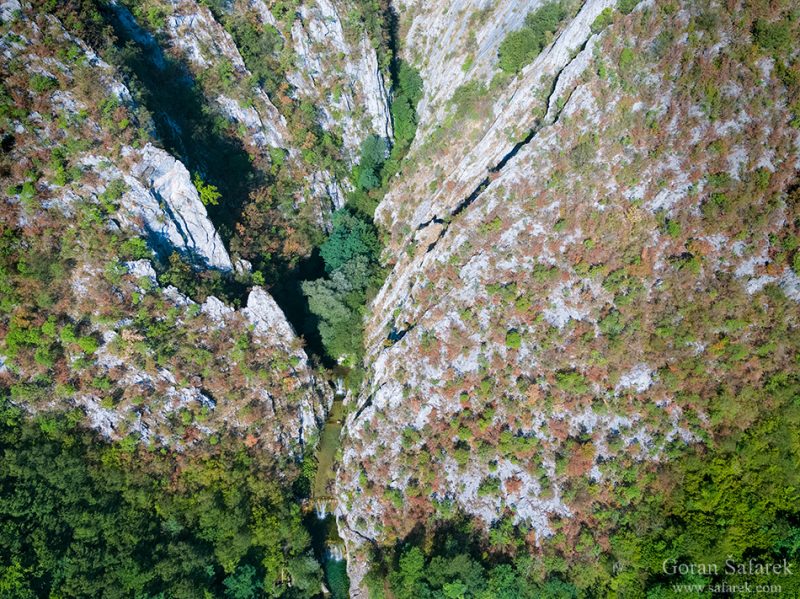 Canyons are often impenetrable protection for some rivers, with its steep walls and often loose rocks At the same time, at some places, the canyons are ideal for the construction of the dams.

Did you know: The term canyon is taken from the Spanish word cañón, meaning “tube.”

Rivers of Croatia
Tags: canyon, erosion
Waterfalls – the most beautiful parts of the river
How fast are rivers?