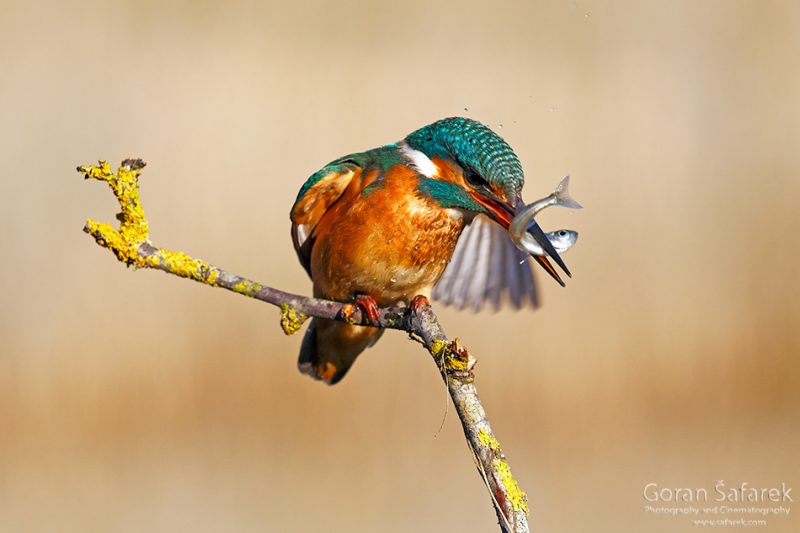 One of the most beautiful inhabitant of the rivers in Asia and Europe is the common kingfisher (Alcedo atthis).

The common kingfisher is a small bird with characteristic glossy blue-green plumage on the upper part and reddish-brown plumage on the bottom part of its body. They mainly feed on fish, aquatic insects, and crustaceans which they hunt by patiently waiting on a branch above water and diving suddenly when the prey approaches. Despite their very short legs, they nest in holes which they dig in steep shores of watercourses and they are an indicator of free-flowing and unregulated watercourses with active meandering processes.

They are widespread along the shores of flowing and standing waters rich in fish, but they prefer shores partly overgrown with forest vegetation that forms an overhang over the water. The common kingfisher is widespread in Europe, Northern Africa, and Asia. In Northern Europe the populations are regular migratory birds, in the central parts of Europe, they are partially migratory, and in Southern Europe they are residents.