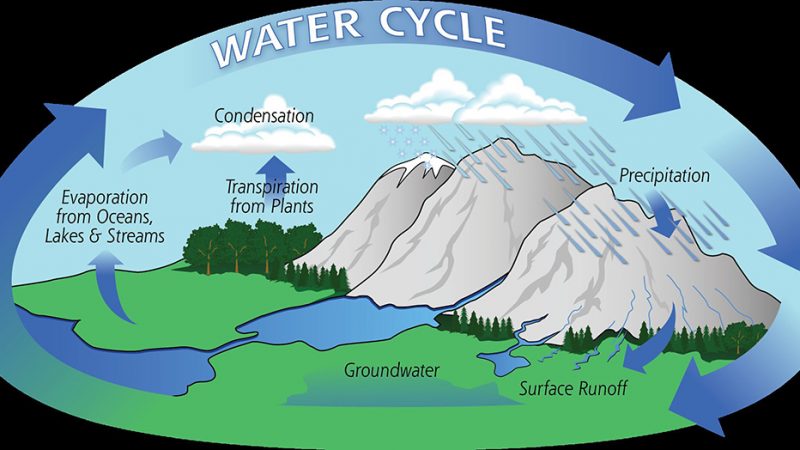 Rivers are an integral and very important part of the hydrologic cycle.

The interrelationship of the hydrosphere, geosphere, biosphere, and atmosphere is easy to visualize through the hydrologic cycle, the movement and interchange of water between the ocean, atmosphere, and land. Solar radiation provides the necessary energy for evaporation of water vapor from the land and ocean.

The oceans hold 97.5% of the water on Earth. When the air becomes saturated with water (100% relative humidity), rises, and cools in the atmosphere, liquid droplets condense to form clouds. These droplets grow larger as more water leaves the gaseous state to form rain or snow, depending on the temperature. When the rain (or snow) falls on the land surface as precipitation, more than half the water returns rather rapidly to the atmosphere by evaporation or transpiration from plants. A substantial amount of freshwater (1.76%) is held as ice in glaciers and snowpack. The remainder either flows over the land surface as runoff in streams, is held temporarily in lakes, or soaks into the ground by infiltration to form groundwater. Groundwater moves, usually very slowly, underground and may flow back onto the surface a long distance from where it seeped into the ground. 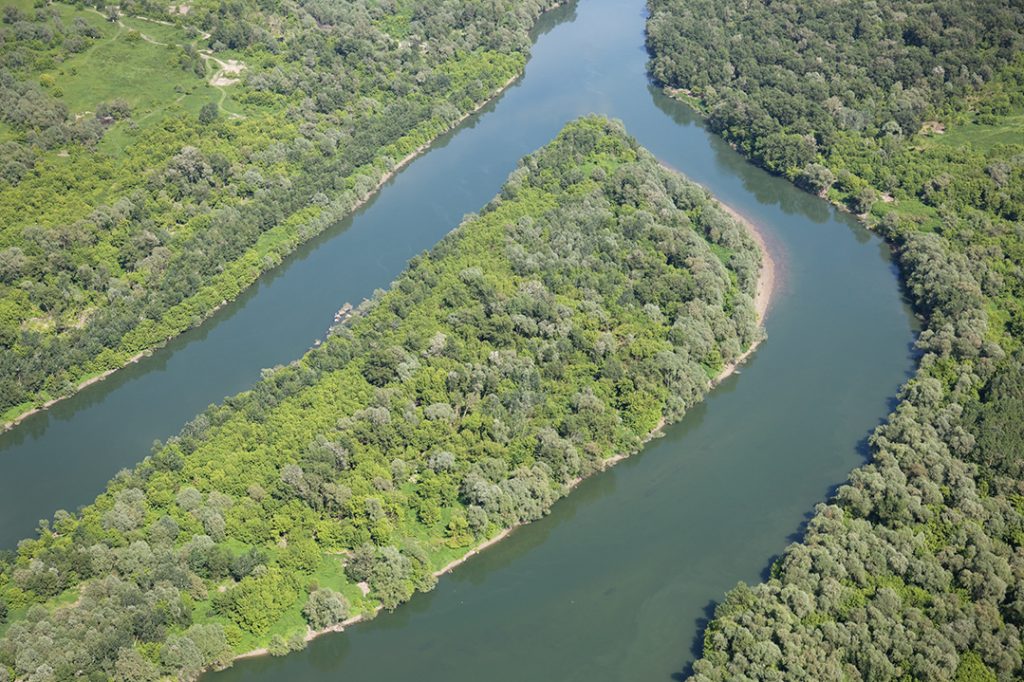 Groundwater is the second largest reserve of freshwater (0.76%) after glacial ice, and represents an important source of drinking water along with surface water from streams and lakes (0.14%). Most water eventually reaches the ocean, where ongoing evaporation completes the cycle. Only about 15% to 20% of rainfall normally ends up as surface runoff in rivers, although the amount of runoff can range from 2% to more than 25% with variations in climate, steepness of the slope, soil and rock type, and vegetation. Steady, continuous rains can saturate the ground and the atmosphere, however, and lead to floods as runoff approaches 100% of rainfall.