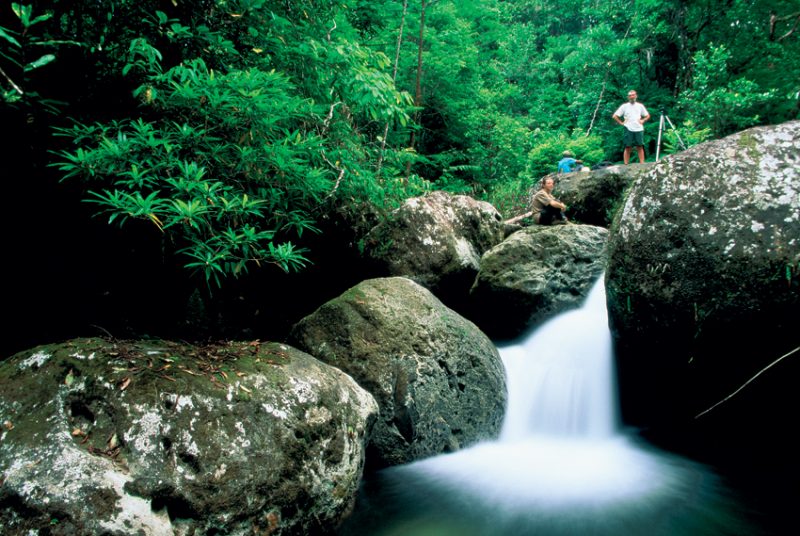 Masoala National Park in Madagascar is a center of biodiversity, where many streams spring in a tropical rain forest. I was luck to spent lots of time in Masoala.

I was lucky to spend lots of time in Masoala National Park in the peninsula with the same name. Tucked away in the very northeastern tip of Madagascar, it is one of the last redoubt of nature on this island. Madagascar harbors incredible biodiversity, but at the same time, it is on the verge of losing it.

The peninsula is enclosed by the Indian Ocean in the east and Antongil Bay in the west. On and around the Masoala peninsula are several protected areas. The Masoala National Park, combined with the Nosy Mangabe Special Reserve within the bay, is the largest natural protected area in Madagascar.

Masoala is the wettest region in Madagascar, with average annual rainfall between 2,200mm and 7,000mm. The driest months span between September and December. The tropical humid and warm climate is typical of eastern Madagascar. In general, the temperature varies between 24°C in January and 21°C in August.

These conditions support luxurious tropical rainforest, covering entirely low hills of the peninsula. This is a real jungle, entangled by numerous vines. Giant trees, often grounded to the soil by buttress roots, form a dense canopy. This is habitat for countless arboreal species, from orchids to lemurs.  Masoala is one of the richest regions of Madagascar. 50% of Madagascar’s plant species and more than 50% of Madagascar’s mammals, birds, amphibians, and reptiles can be found here. Ten species of lemurs were identified in the Masoala National Park. The species Varecia variegata can be found on Nosy Mangabe and the endemic subspecies Varecia rubra on the Masoala peninsula.

The rainforest is pushing toward the sea, overhanging a sandy beach. Scattered black rocks are the only residents of this virgin beach, a postcard of tropical paradise.

Born in these wet conditions are numerous streams. They crisscross the peninsula, flowing through the jungle. Rapids and small waterfalls are frequent, as they descend from the heights. These wild streams eventually join the sea.

During my two expeditions on Masoala, we camped on the mouth of one of these streams. It was a perfect place, a source of drinking water, also a place to wash. I witnessed as the mouth moved slightly through wet sand, different after every rain. 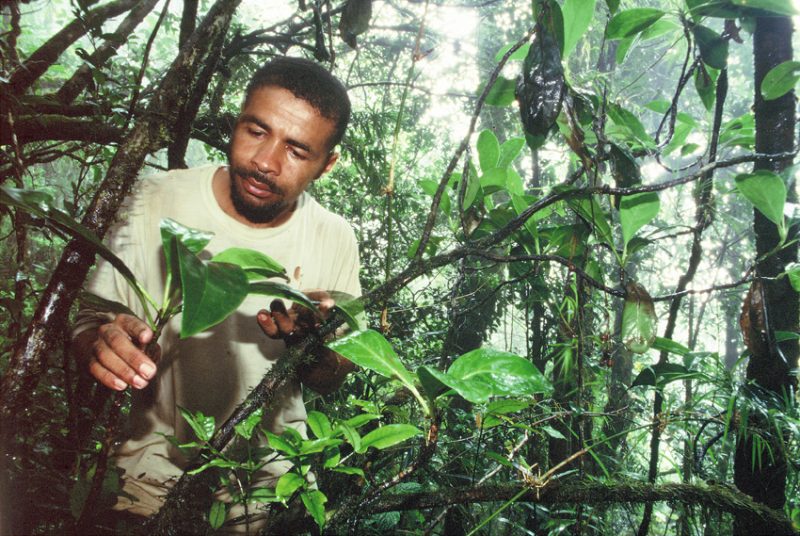 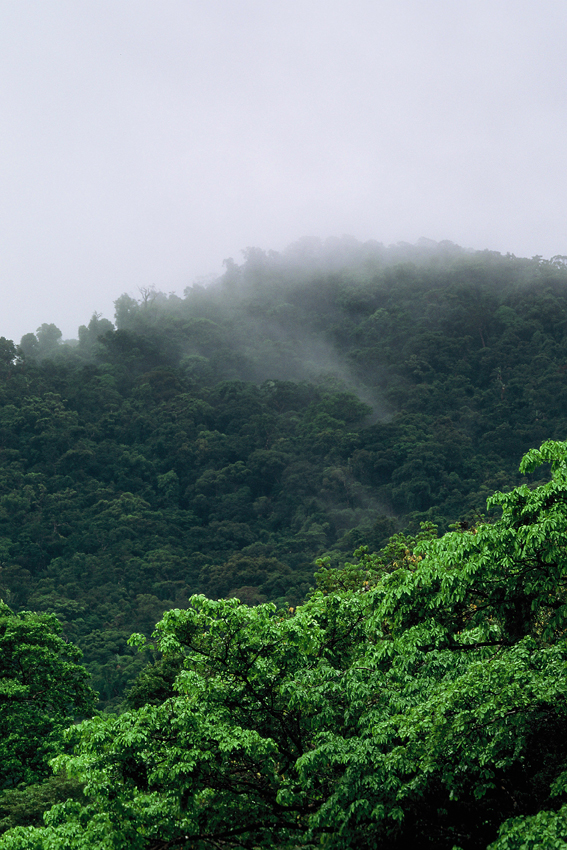 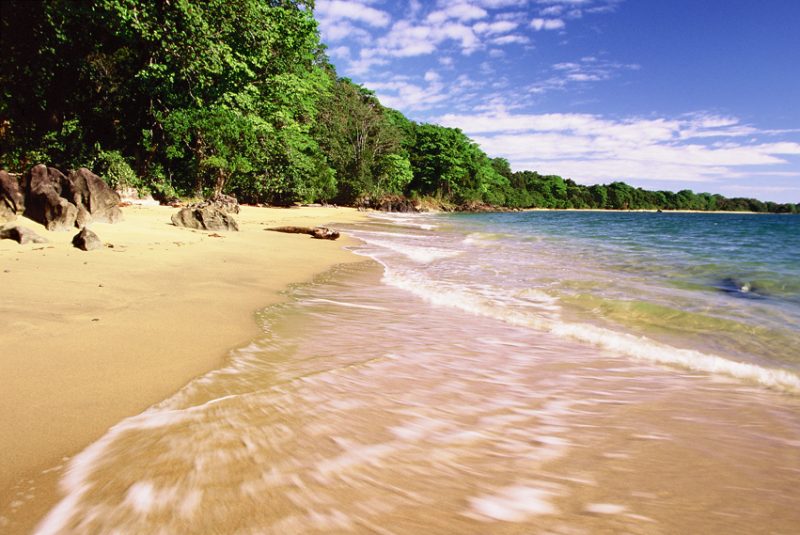 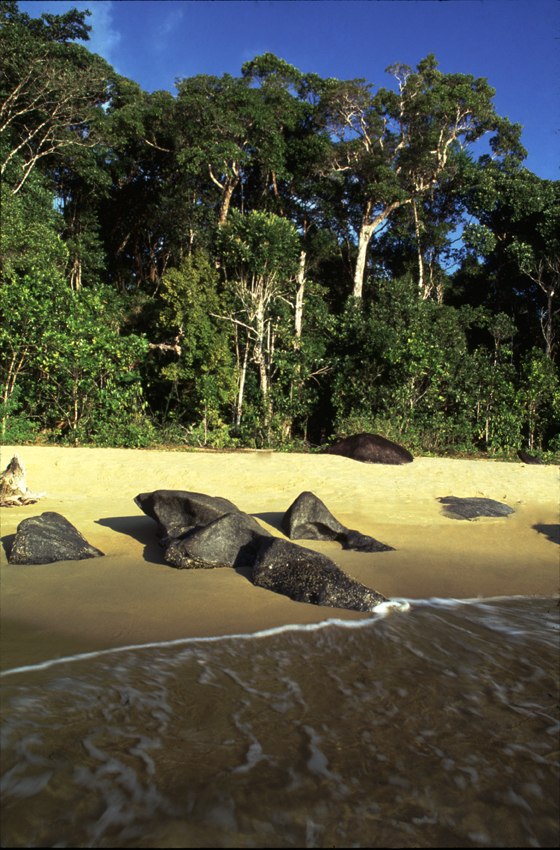 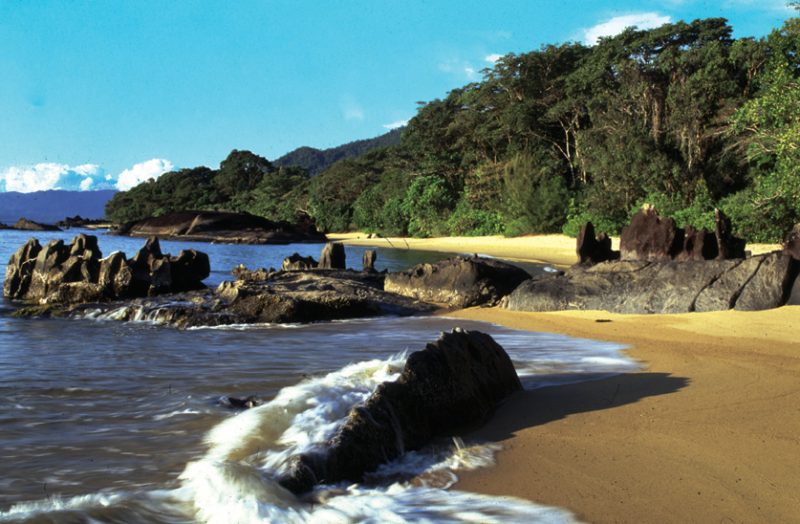 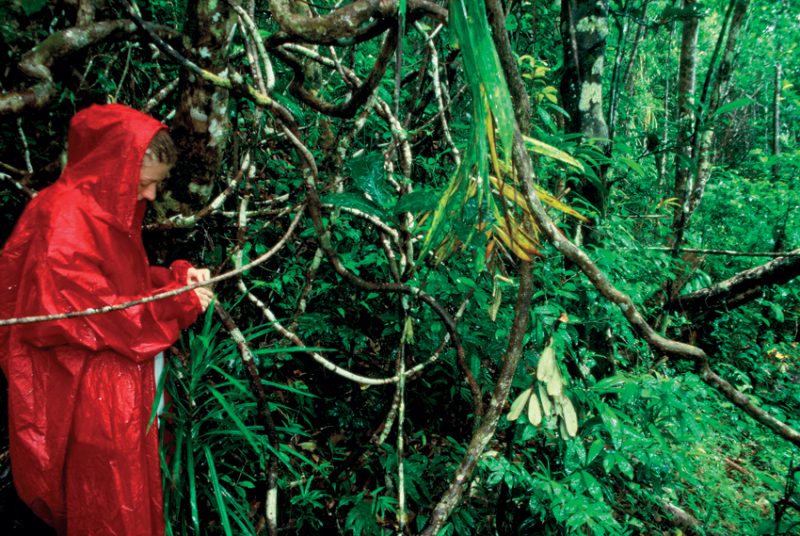 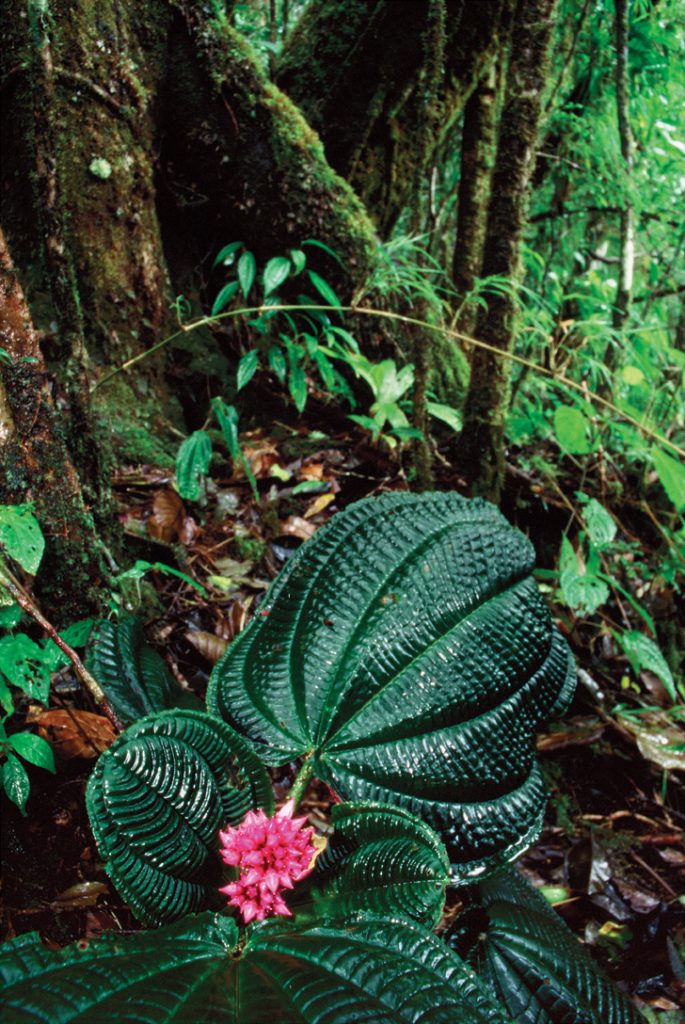 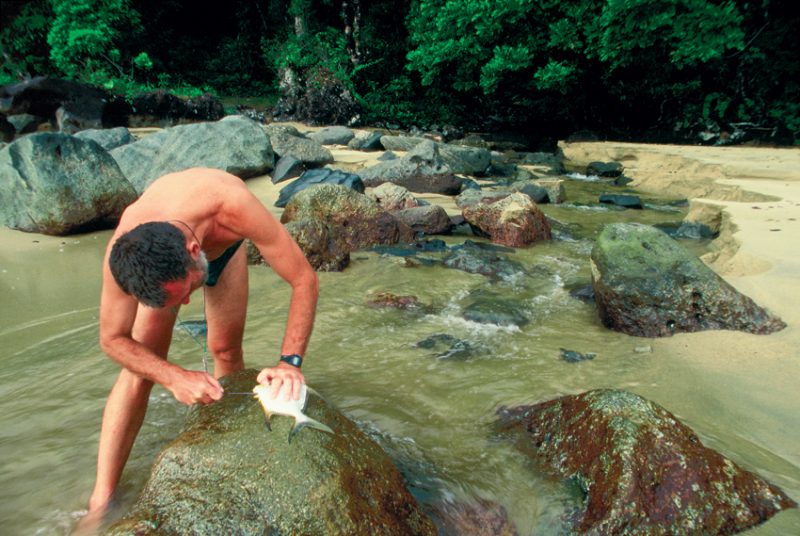 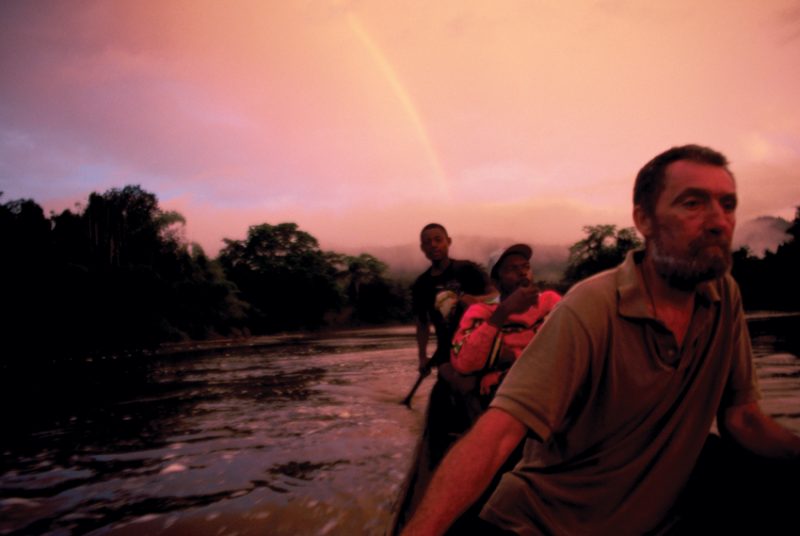 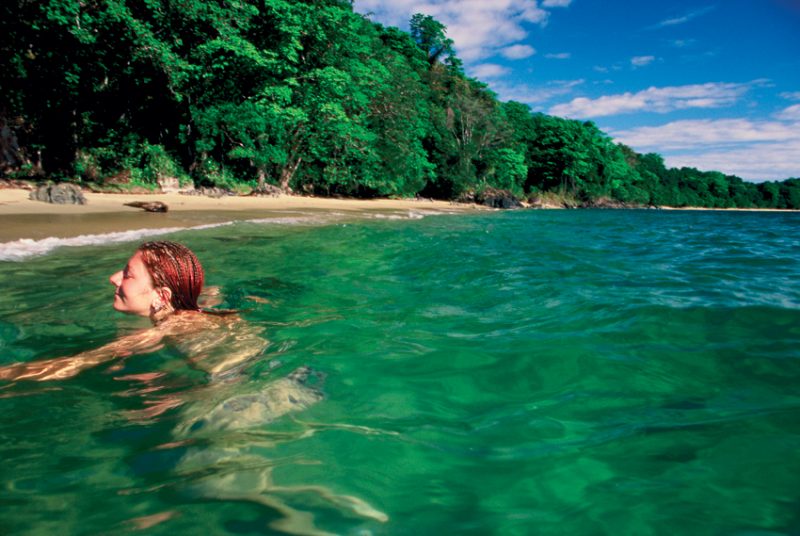 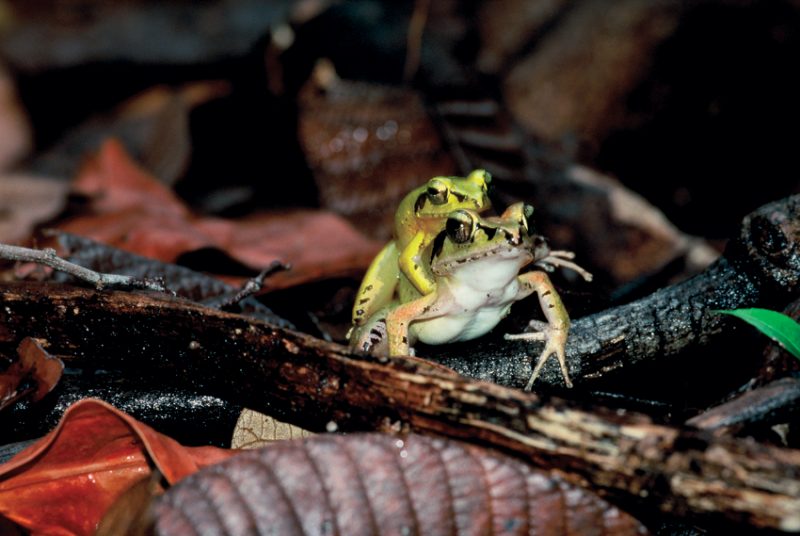 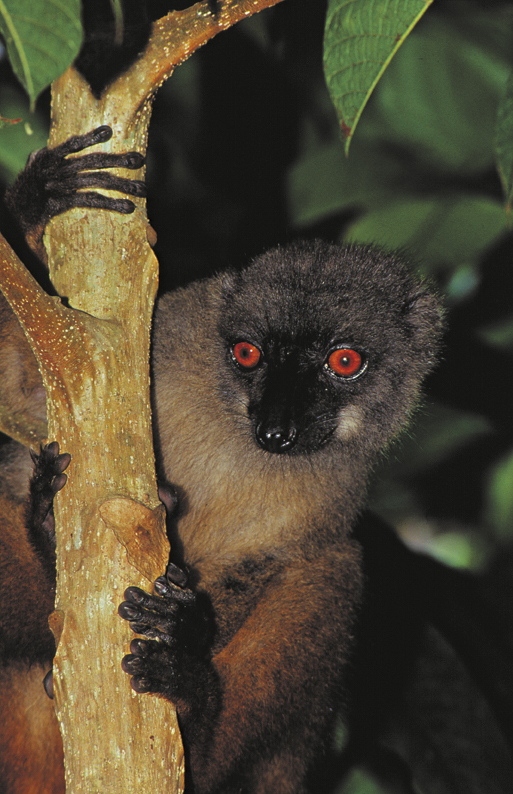 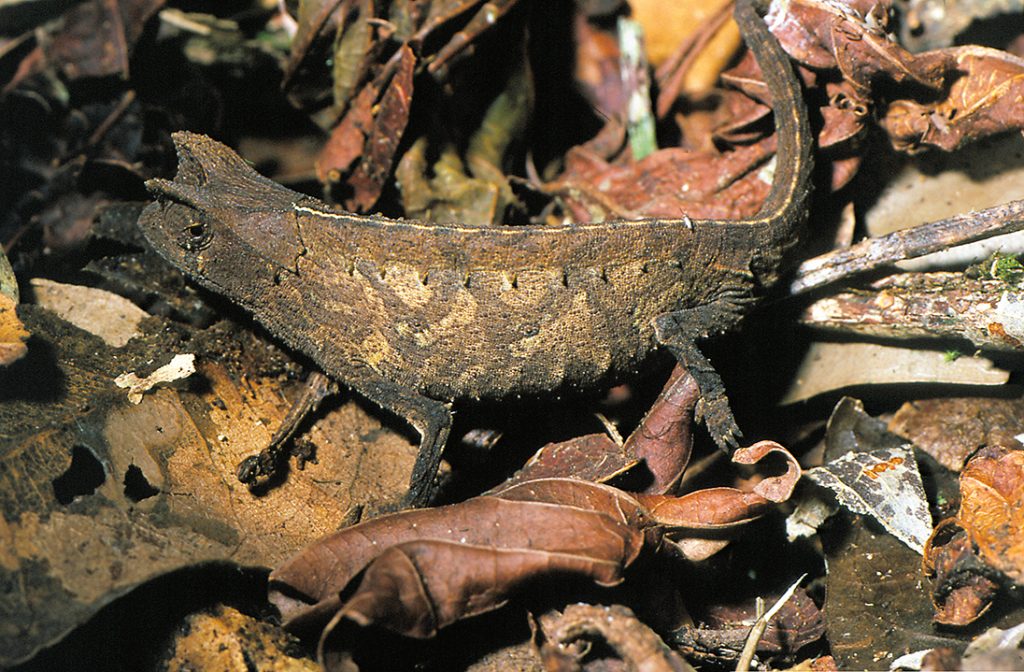 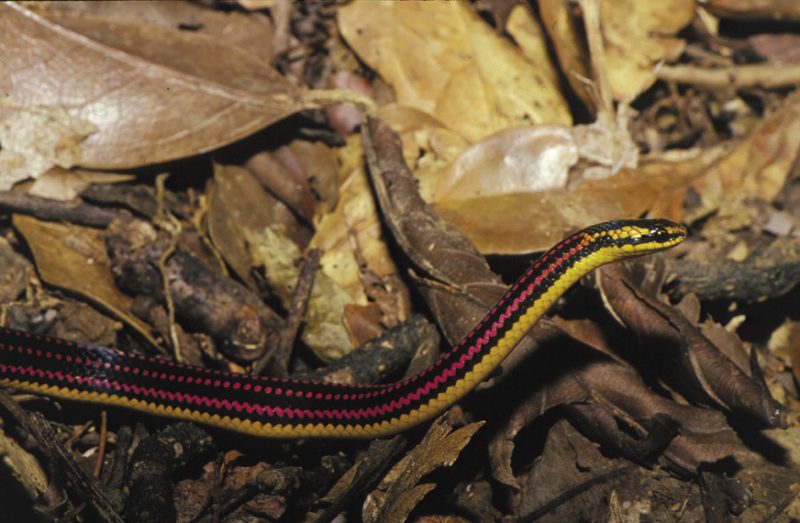 Mananara – a remote village in the jungle