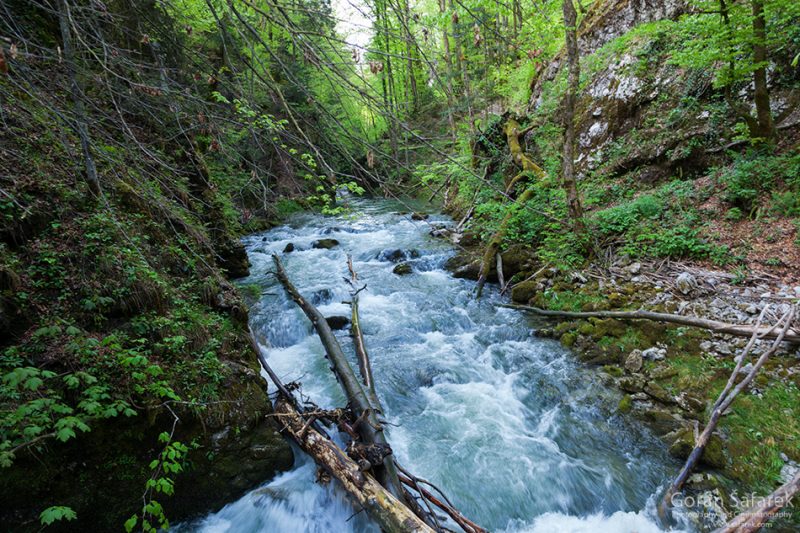 Rivers are so diverse that there are incredible differences in the speed of the flowing, from almost stagnant lake stretches to wild rapids.

The distance water travels in a stream per unit time is called the stream velocity. In general, mountain rivers are very fast, while lowland rivers are slow.  Some of the rivers even sometimes flow in reverse, especially near the mouth to the other river, during the high waters. A moderately fast river flows at about 5 kilometers per hour (3 miles per hour), while fast streams during the floods exceed 25 kilometers per hour (15 miles per hour).

One of the easiest ways to determine the surface speed of the river is to use your GPS on your boat, like any other moving vehicle. You shouldn’t paddle, of course. Or, you can calculate the speed measuring the time that some floating object travels across some known distance.

The same river could have a different velocity at a different part of the course (upper is fast, while lower are slow. Even the same section could be very slow one moment and then rush down the rapids. Rafters know this well. Also, the same stretch of the river have different velocities at different parts of the cross-section. Finally, al these patterns chang with seasons, during the low and high waters. 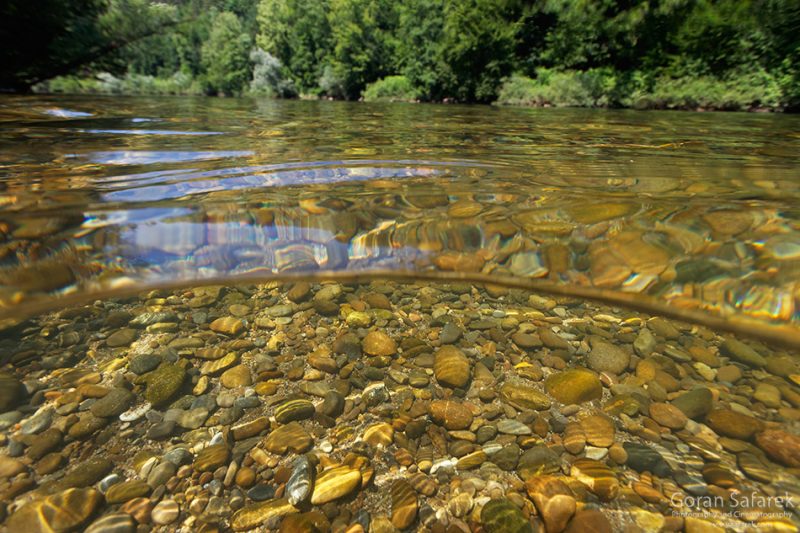 The cross-sectional views of a stream in that a stream reaches its maximum velocity near the middle of the channel. When a stream goes around a curve, the region of maximum speed is displaced by inertia toward the outside of the curve. Velocity is the crucial factor in a stream’s ability to erode, transport, and deposit. High velocity (meaning greater energy) generally results in erosion and transportation; low velocity causes sediment deposition. Slight changes in velocity can cause significant changes in the sediment load carried by the river.

One factor that controls a stream’s velocity is the stream gradient. The downhill slope of the bed (or of the water surface, if the stream is very large). A stream gradient is usually measured meters per kilometer (feet per mile in the United States, because these units are used on U.S. maps). A gradient of 5 meters per kilometer means that the river drops 5 meters vertically for every mile that it travels horizontally. Mountain streams may have gradients as steep as 50 to 200 feet per mile (10 to 40 meters per kilometer). The lower Mississippi River has a very gentle gradient, 0.1 meter per kilometer (0.5 foot per mile) or less. A stream’s gradient usually decreases downstream. Typically, the gradient is highest in the headwater region and decreases toward the mouth of the stream. Rapids usually mark local increases in the gradient of a stream. 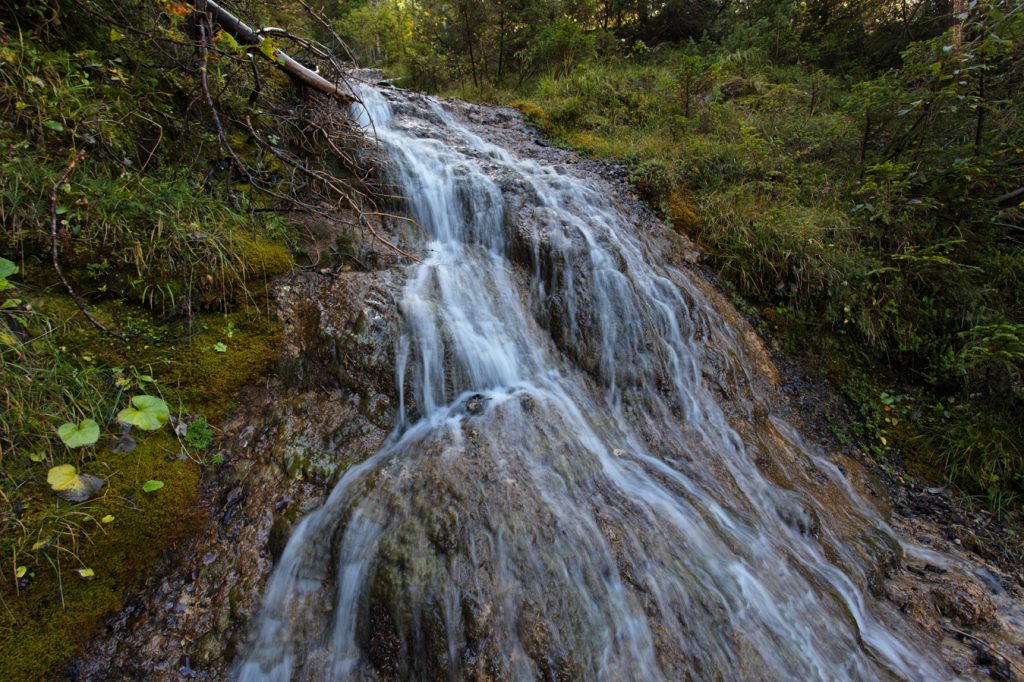 The shape of the channel also controls stream velocity. Flowing water drags against the stream banks and bed, and the resulting friction slows the water down.

A stream may change its channel width as it flows across different rock types. Hard, resistant rock is difficult to erode so that a stream may have a relatively narrow channel in such rock. As a result, it flows rapidly. If the stream flows onto a softer rock that is easier to erode, the channel may widen, and the river will slow down because of the increased surface area dragging on the flowing water. Sediment may be deposited as the velocity decreases. 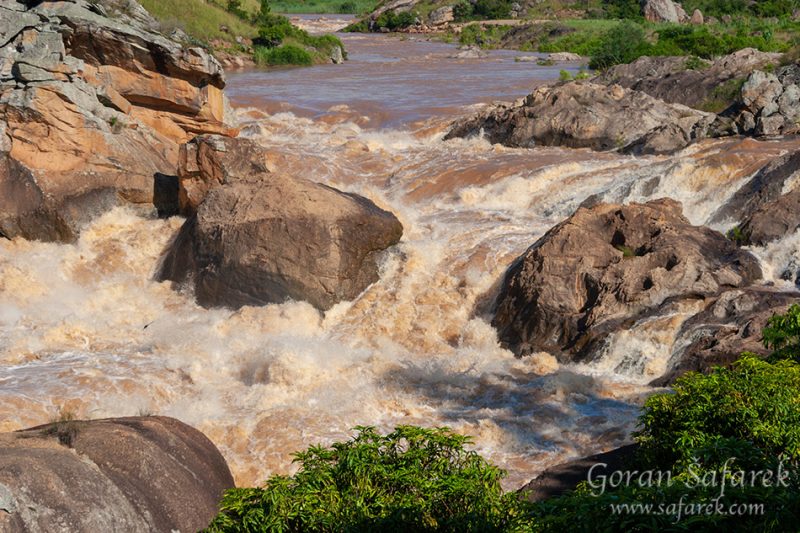 The roughness of the channel also controls velocity. A stream can flow rapidly over a smooth channel, but a rough, boulder-strewn channel floor creates more friction and slows the flow. Coarse particles increase the roughness more than fine particles, and a rippled or wavy sand bottom is rougher than a smooth sand bottom.

The volume of water that flows through a river within a given amount of time, known as the discharge, also affects its velocity. As the volume of water in a river increases, the velocity of the river increases. For instance, Amazon or Orinoco go faster than Mississippi or Danube. An increase in water volume can also affect a river’s velocity in the long term; this is because the increasing mass of water is capable of causing more erosion, resulting in a wider, deeper river channel that allows water to flow more freely.

River morphology – how does river look like?
Tags: velocity
The canyons – high walls above the rivers
Sediment transport – gravel and send “flows” too