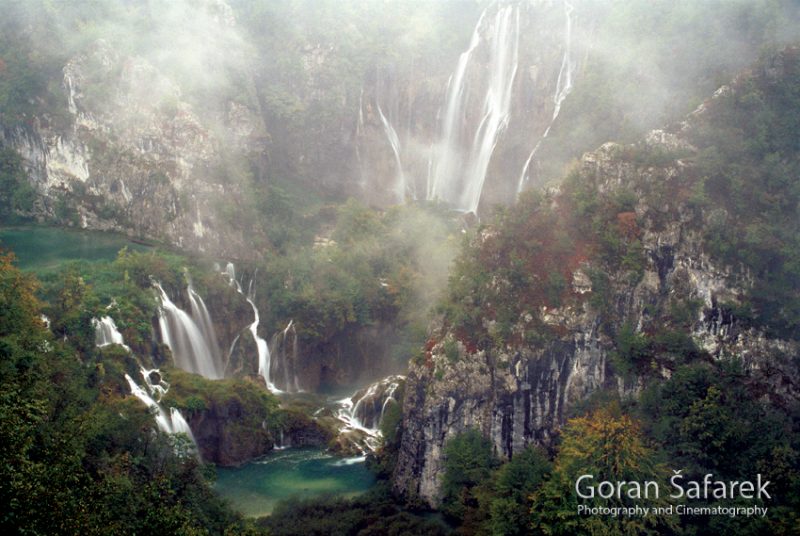 The Plitvice Lakes, a land of falling lakes with hundreds of waterfalls, are built by a „magical“ substance called tufa (could be called travertine, sedra in Croatian). OK, it is not magical, but the results are definitely like they came from a fairy tale.

If it wasn’t for tufa, the Plitvice Lakes would’ve been a river just like any other. Instead, the tufa transformed them to a natural world wonder.

Tufa is calcium carbonate (CaCO3), or calcite. Calcium carbonate is common this part of the Europe, as the Dinaric mountains are made of limestone, a rock mostly composed of calcite. It is a sedimentary rock, created in warm and relatively shallow marine environment hundreds of millions of years ago and thousands of kilometres away from the current location. It grew very slowly from the dead plankton organism falling like a snow to the sea bottom, where pressure compacted their shells into the sedimentary rock.

Subsequent tectonic movements uplifted it to the surface, making the rocky Dinaric mountains. Tufa, however, grows very quickly; its growth can be observed in a human lifetime. Scientists say that tufa, and the similar travetine, are a calcium carbonate precipitate, also a sedimentary rock like limestone, but with different physical characteristics. 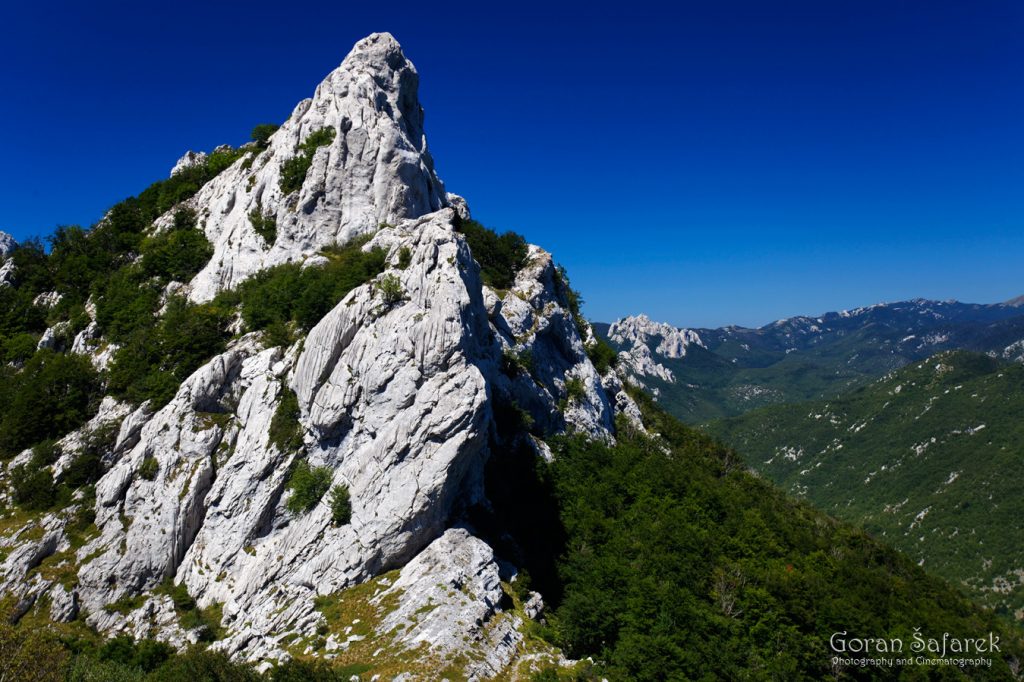 The story begins in the green forested hills around the lakes.

rested hills around the lakes.

Rain falls in copious amounts in this part of Croatia.The rainwater soaks the soil, from which it receives carbon dioxide (CO2). This gas-enriched water then seeps through the porous limestone rock of the karst. The CO2 shifts the dynamic chemical balance between the solid calcium carbonate and its ions, and this water dissolves bits of the limestone rock (which makes it is porous in the first place).

Water in caves. Stalactites are a form of tufa, or travertine

Water full of calcium and carbonate ions then flows through the underground and find its way to the surface. You might think that tufa is now made, but we are not even half the way through the process. Most of the streams flow without producing the tufa, or producing it in a small amount. This is still not enough to produce the spectacular result that are the Plitvice Lakes. These come from very cold water, unlike travertine which is created in thermal springs. So how does the tufa create waterfalls and lakes? 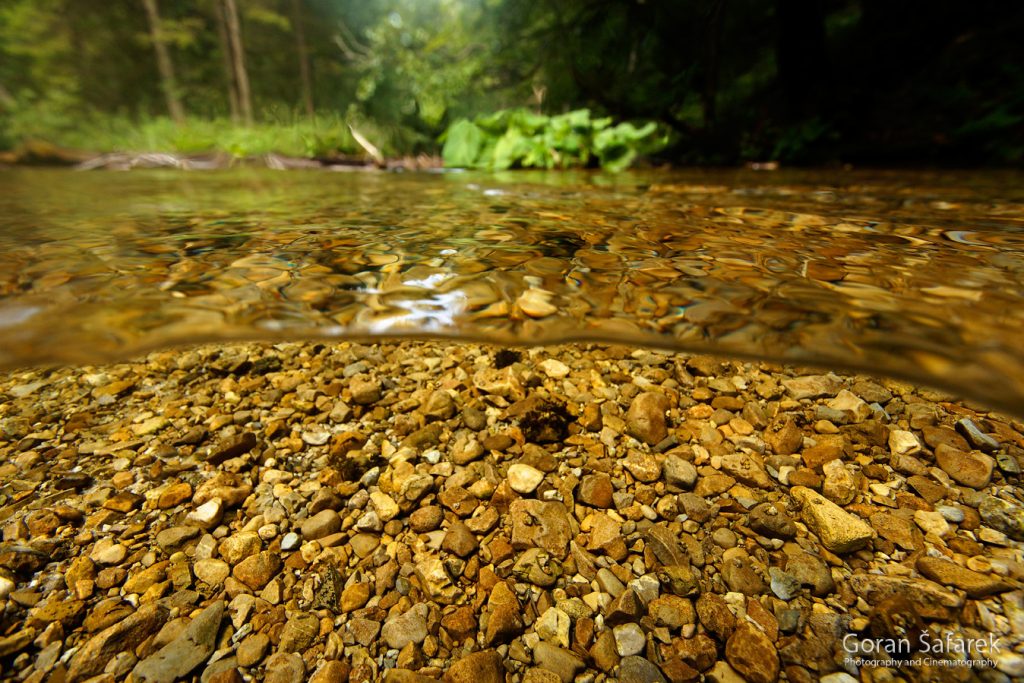 Very cold spring with water full of calcium and carbonate ions, but still no tufa

So what massively shifts the dynamic balance back from the dissolved ions to the solid calcium carbonate, i.e. creates the rock again. One of the ingredients is air and the best place to mix air and water are rapids. Inside, air bubbles mix with water very efficiently. This causes the dissolved CO2 to escape, and shifts the dynamic balance towards the formation of the calcite crystals. The stronger the churning, the more bubbles there are, and this positive feedback loop increases the crystal production. But this is still not the end of the story. You don’t want to miss this next, crucial part! 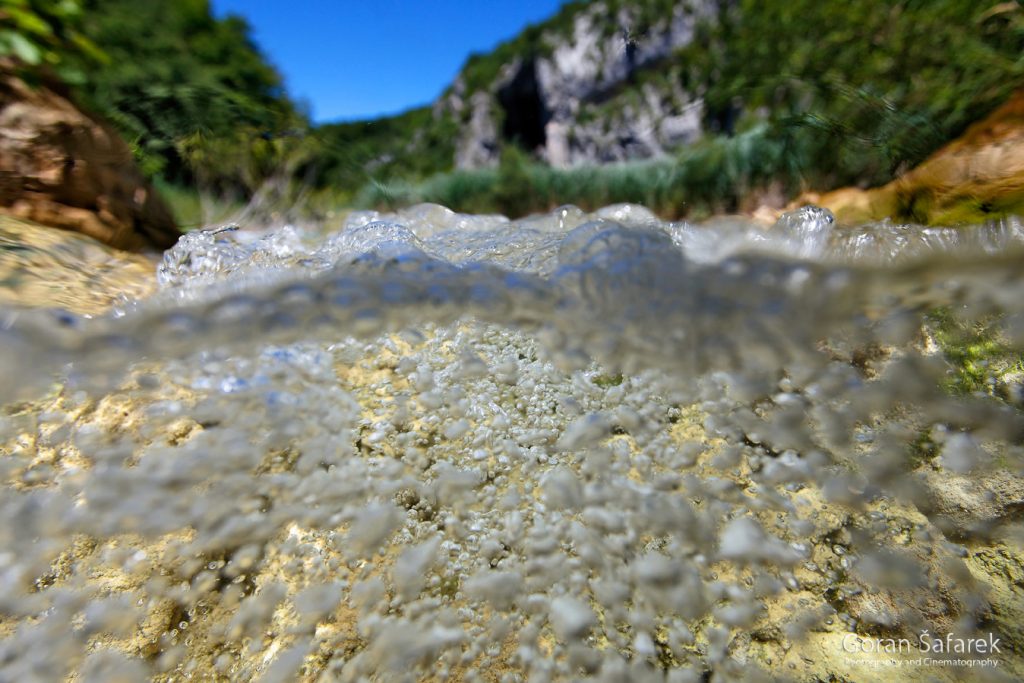 There is one more important player in this game: the water moss. These tiny and fragile plants “fish” for the calcite crystals. The sticky film of gluey algae and bacteria on the moss leaves captures the tiny crystals. The stems of the moss become nuclei for the growth of the rock. Eventually, the growing layer of calcite crystals “strangles” the moss, which dies. These plants eventually decompose, leaving small empty pockets in the forming rock, so tufa is porous and very light (which is why it was used as a building material). The moss dies, but a spectacular phenomenon is born. 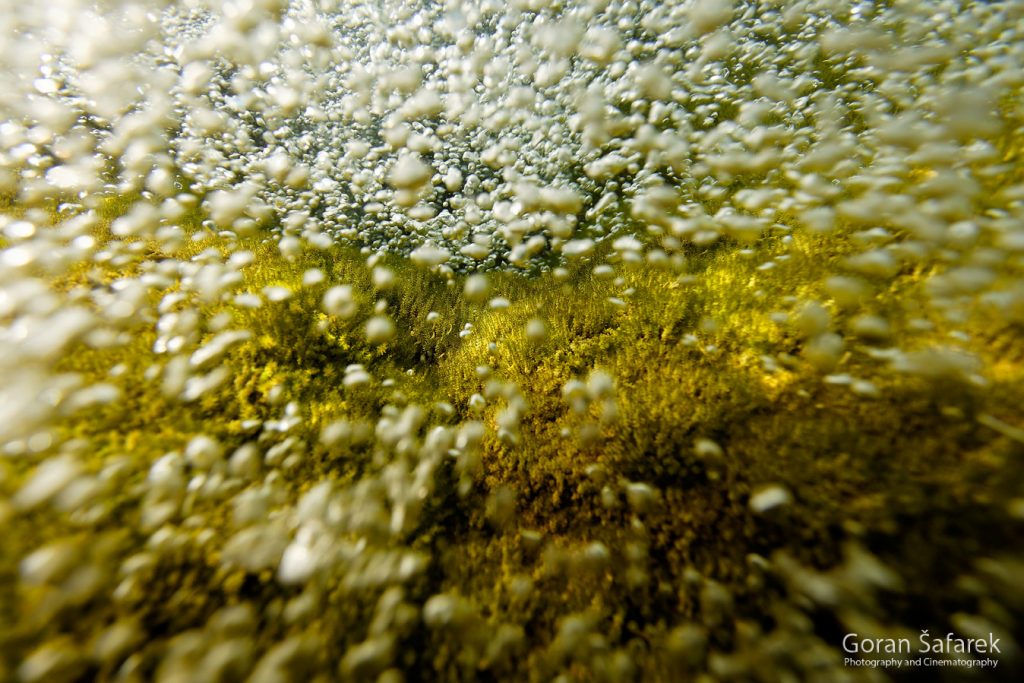 Calcite is being deposited on the moss 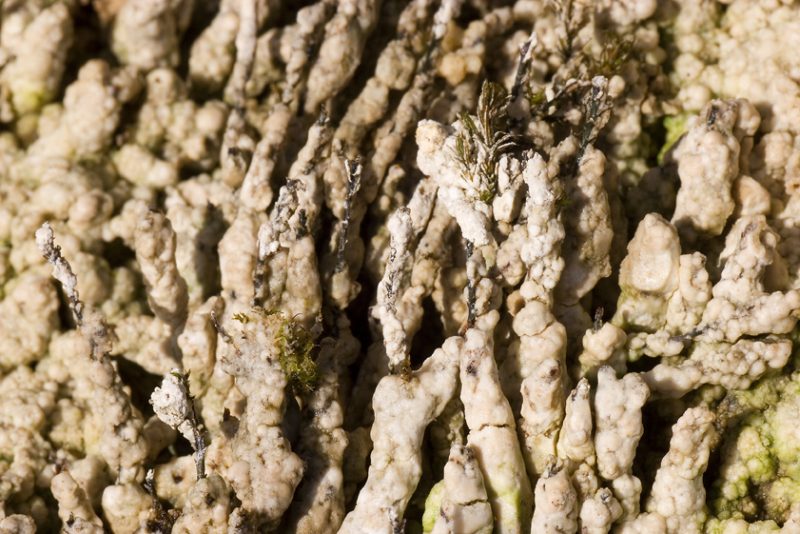 Finally, on a larger scale, the tufa creates natural barriers across the stream. The river flows across those barriers in beautiful waterfalls. The higher the barrier, the stronger the tufa production. 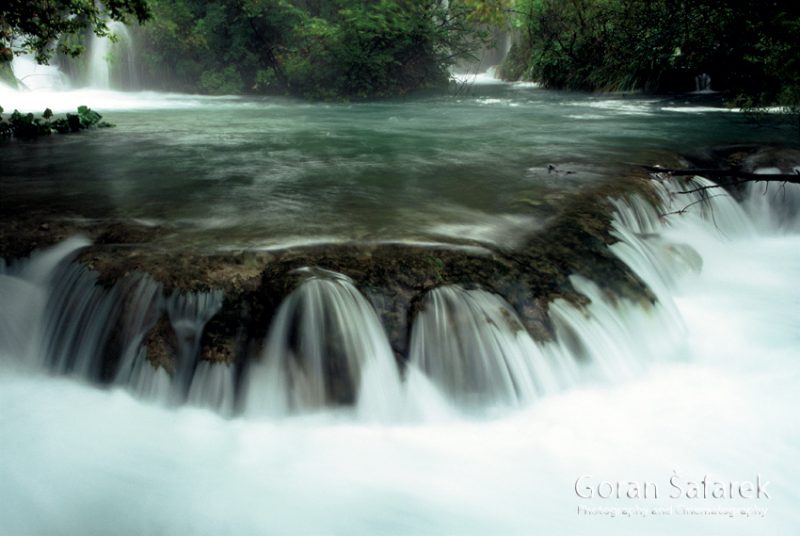 This is an intricate interplay of the living and nonliving. Note that tufa is not only found in the Plitvice Lakes, but also in most of the rivers in the Dinaric mountains of Croatia, like Krka, Zrmanja, Krupa, Mrežnica, and others.

See what the underwater world of the Plitvice Lakes and tufa look like: 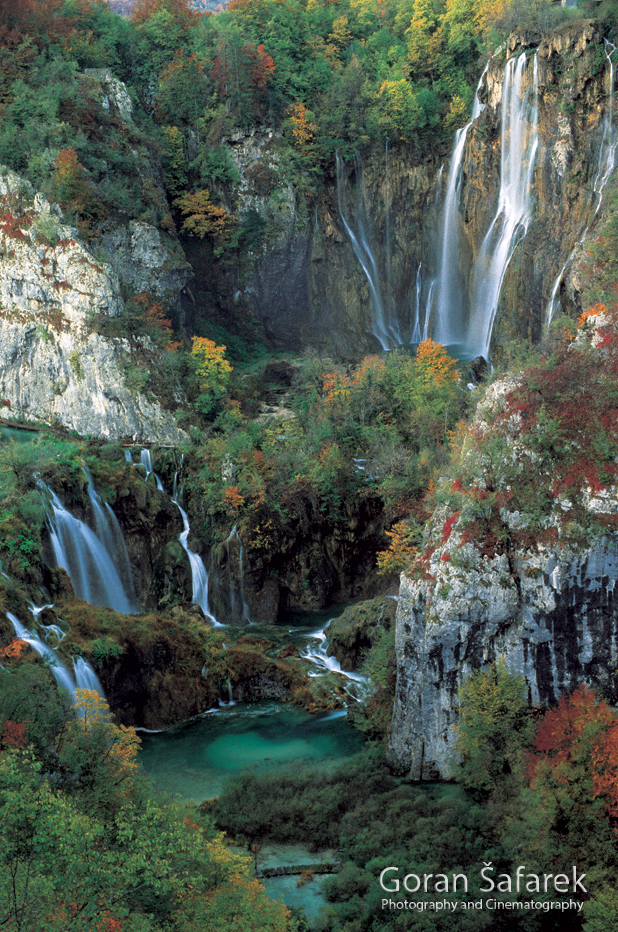 VIDEO: Mrežnica River from Croatia in ice and snow
The wild beauty of the Krupa River
Kotli – beautiful watermill in small canyon