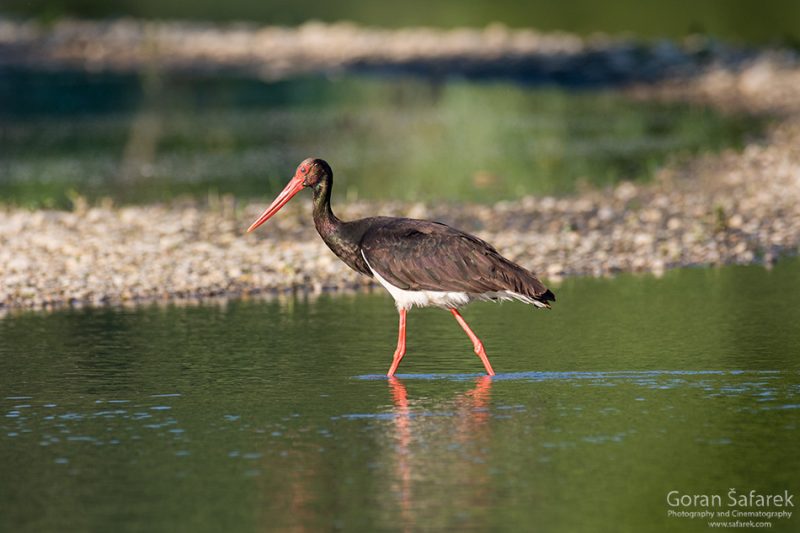 A shy inhabitant of the dense old forests, the black stork is much rarer bird than its cousin the white stork.

The black stork (Ciconia nigra) is a large bird with dark plumage that has a greenish-purple glow on adult birds, and its breast and belly are white. Its beak and legs are red. They primarily feed on fish, insects, reptiles and amphibians, crustaceans, and small mammals and birds. They hunt its prey by slowly wading in shallow water, along the shores of rivers and other standing waters. In Europe, they nest in old flooded forests and they are a good indicator of those habitats. A widespread, but uncommon, species, it breeds in scattered locations across Europe (predominantly in Spain, and central and eastern parts), and Asia to the Pacific Ocean. 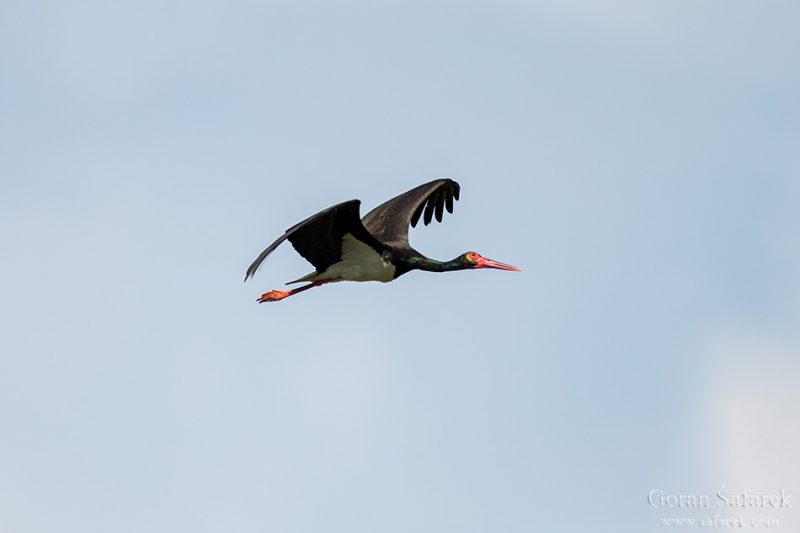 Aside from the appropriate trees that can withstand their large nests, the key requisite for their nesting is the absence of disturbances, to which they are extremely sensitive. During feeding they can be seen in other open surfaces, wet meadows and pastures, canals, and smaller streams.

European populations are true migratory birds that spend their winter in tropical and subtropical parts of Sub-Saharan Africa.

The whiskered tern – breeding in the backwaters