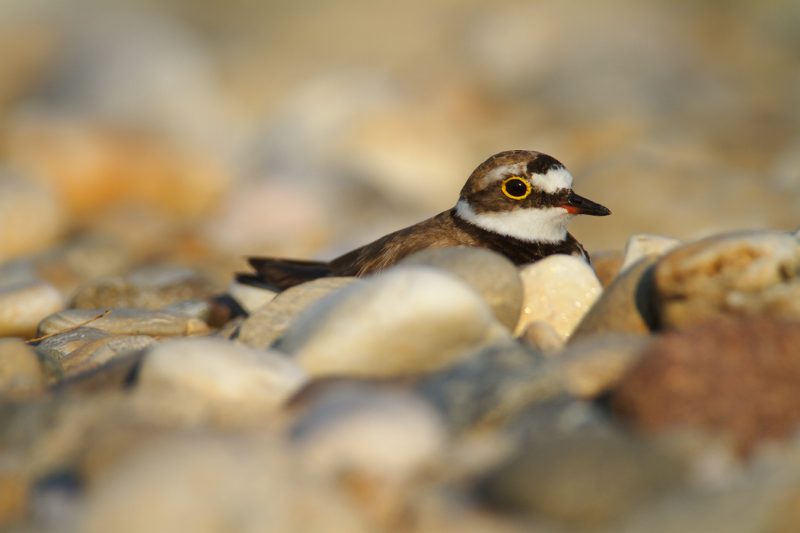 The little ringed plover (Charadrius dubius) is an inhabitant of the rivers, nesting on the barren gravel and sandbars.

The little ringed plover is a small bird with creamy brown back, white belly, and light-brown legs. Around its neck there is a black collar ring, on its head, it has a black and white mask, and there are yellow rings around its eyes.

Little Ringed Plover is not the skittish and rather loud bird. The common call is a mournful “preeuh”. Alarm call is a strong “peek.” In display flights, individuals emit a raspy “reeuh.” 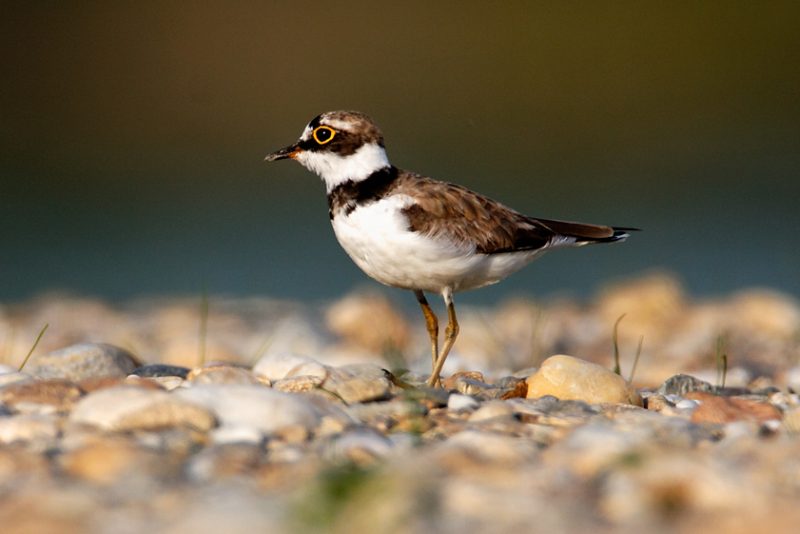 Their food is usually of animal origin, primarily insects, spiders, small freshwater crustaceans, worms, and snails. They nest on the ground, generally on gravelly, sandy, or muddy shoals with little or no vegetation. They prefer gravel and sand bars in the form of the islands. Therefore they are an excellent indicator of free-flowing watercourses, where dynamic hydro-morphological processes of meandering are unobstructed by water regulation structures. They can also nest in artificial habitats such as gravel pits or fish ponds. They nest in Europe, Asia, and North Africa. European populations are mostly migratory, and they spend their winters in the tropical regions of Africa.

Nesting depends on the water levels during the nesting season, and during the wet years, the nesting habitats become flooded, which then prevents nesting. Therefore, breeding along the Danube has been recorded only periodically, due to significant fluctuations in the water levels. In case of favorable conditions, they nest in fish ponds. 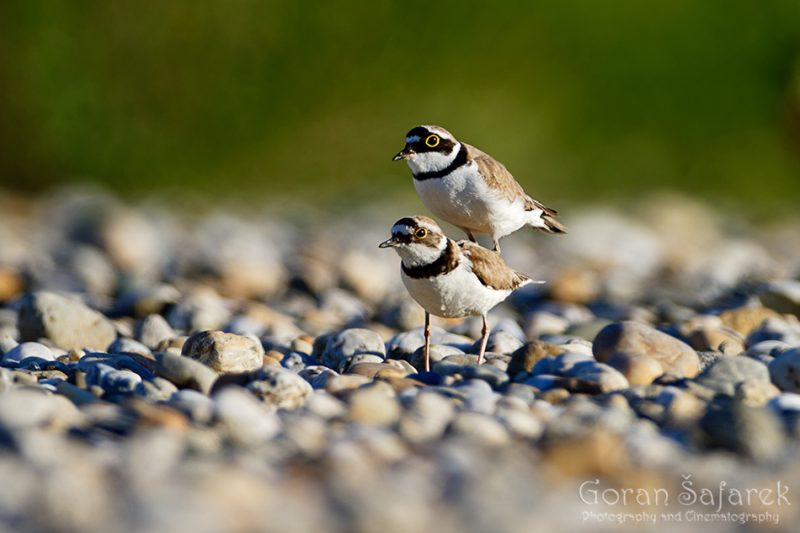 Before copulation, the male walks using the goose step, like a marching step performed by soldiers on formal military parades and other ceremonies. After that, male mounts on the female and copulate.

The nest is a simple shallow scrape, sometimes lined with plants or stones. The female lays four pale yellow eggs with small dark spots. The eggs are almost invisible on a gravel bar, looking like the pebble. Unlike terns, the little ringed plover is usually solitary, some may be semi-colonial with about 30 feet between nests. They are aggressive neither but uses ruses do distract the predator. Uses “broken wing” feint to distract predators from eggs or chicks, also pretends to lay on a false nests. Young fledge in 24-29 days.