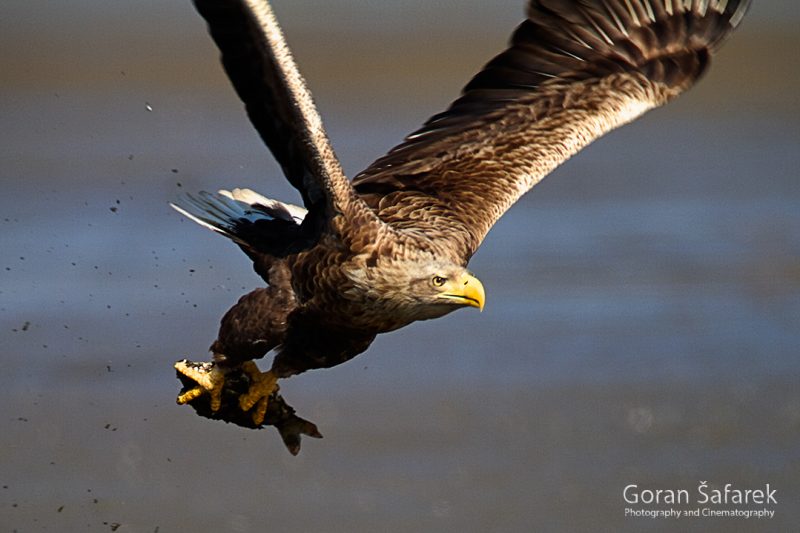 The white-tailed eagle (Haliaeetus albicilla) is one the largest bird of prey found along the ricers in Europe. It is the ruler of the sky of the floodplains.

This large eagle can be easily identified in flight by its long and wide wings, and a white tail in adult birds. They primarily feed on fish, mammals, and birds. Adult birds are monogamous and they never leave their territory during their lives, but young birds, after they hatch, roam the area until they reach sexual maturity. In central Europe they nest in large, old trees that can support their massive nests, within the flood areas of the rivers. They can be regularly seen in large wetland areas like Kopački Rit, along rivers on trees or shoals, at fish ponds, and during the winter sometimes they appear on agricultural lands where they feed on animal carcases or wild geese while they feed. 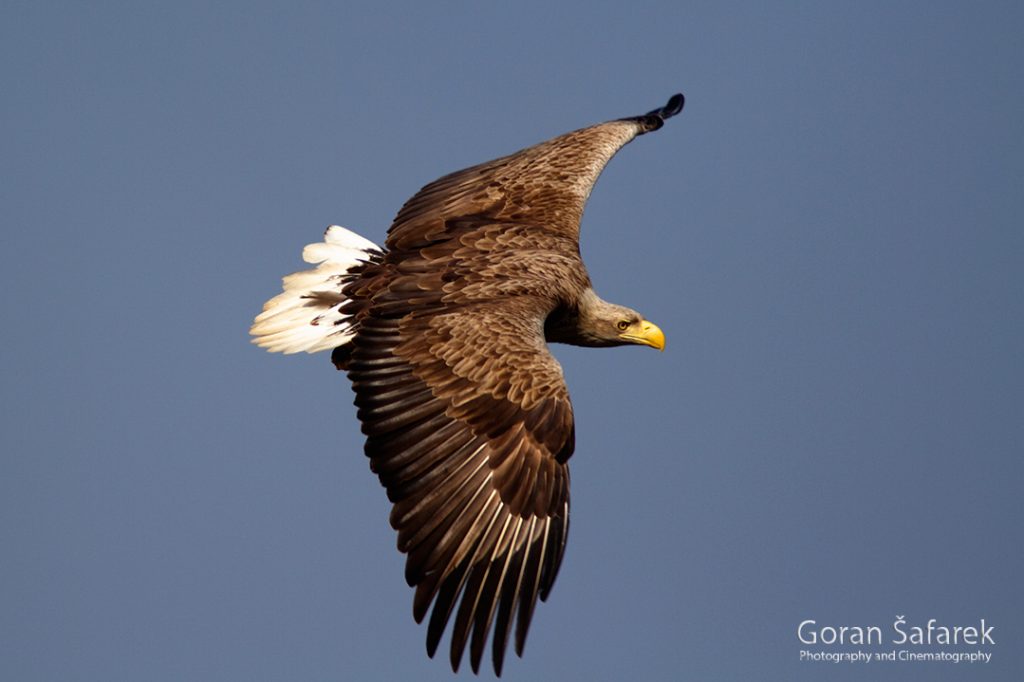 Although the European population has started to recover from a critical level, at the EU the breeding population is not over 600 pairs. The population has been reduced over centuries through shooting, poisoning and nest-robbing. Loss and degradation of wetlands and water pollution also continue.