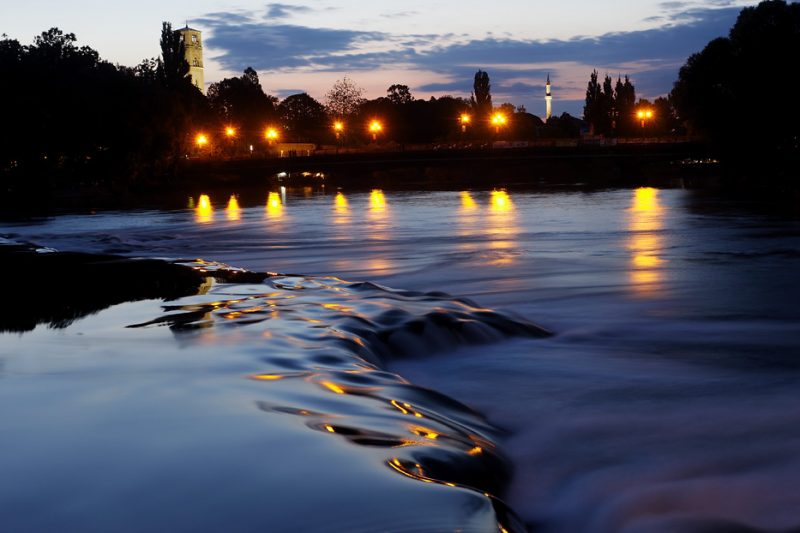 The Una River is one of the most striking rivers in Balkans. Flowing in deep canyon, through spectaculars waterfalls, it is a heaven for nature. Also, it is popular rafting venue.

The source of the Una River is a deep, well, below dry, but heavily forested karstic mountains on a very remote part of Croatia, almost on the Bosnian border. It is a gash in the earth’s crust more than 200 meters deep! Few had the privilege to peek into the abyss, but Italian speleo-diver Luigi Casati has reached an astonishing 248 meters deep, but according to him, thin is not the end. The waterways in the karst underground still hold many secrets, but generally, the copious amounts rain and snow are absorbed by porous limestone rock and drawn into the eternal darkness of the underworld. The water, on the surface as springs and this surrounding of the Una source, has several other, although smaller ones.

For several kilometers, Una flows slowly in the small karst plain and reaches the border with Bosnia. Here, it enters the giant, rugged canyon, at places where only chamois can walk. Another few kilometers downstream, Una encounters first of its giant tufa barriers. Passionately embraced by The Unac and The Una rivers, carefully hidden and preserved for ages, lies a unique settlement of natural magic called Martin Brod. Martin Brod harbors the largest complex of waterfalls in the Una National park. Here the river Una tumbles down over some 20 meters. Harmoniously using the energy of the falls, local people have built numerous watermills and bučnicas – natural washing mills.

This is not the end, though, as Una forms a series of cascades with a total height of 54 meters. Finally, Una receives enriching water of the Unac River, an wonder itself, flowing in a monster canyon.

After Martinbrod, the Una is a tranquil river again with occasional rapids and smaller cascades. This is how it enters small town of Kulen Vakuf, the largest settlement in the National park area.  Above the town, on the left riverbank of the Una and next to its tributary, the Ostrovica, a medieval and Ottoman fortress of Ostrovica is silently guarding the town.

Kulen Vakuf is usually the start of rafting tours. Long still stretches are intersected by the rapids. The rafting is more sightseeing than actual adventure, until Štrbački buk. With its 24.5 meters of height this is the highest and the most spectacular waterfall in the National Park. Only the bravest (and craziest have jumped to the bubbly bottom). After the main chute, several other, but not the least impressive, will also make your head spinning. Even rafters must cross this monster on foot. Thanks to the national park wooden footpaths, every other visitor can glimpse this wonder of nature.

Štrbački buk is becoming a popular destination. Two roads lead to this site, but only the one from Orašac is recommended. Even this road is bumpy and dusty, so take care. The rewards are grand vistas and an enjoyable time in nature. On Štrbački buk, a small restaurant serves local dishes and coffee in small cups, so eating and watching the falls, you feeling like a sultan!

You can’t swim near the Štrbački buk waterfall, but the road offers several beautiful sites.

The valley opens into the karst plain before Bihać, the principal town in this part of Bosnia, and the most significant settlement on the Una. Bihać still licks its wound after a four-year siege during the Bosnian war, but slowly recovers its old shine. First mentioned in 1260 as the site of an abbey, it was occupied by the Turks and became part of Bosnia in 1878. Captain’s Tower (Kapetanova kula) on the left bank of the Una is a beautiful reminder of the old town, now a museum. The river is gurgling through smaller cascades, creating small islands. The river banks, especially on the center side are perfect for a stroll, lined by restaurants with great food.

After Bihać, the Una River soon enters another valley, almost a canyon. Steep left banks are towering above the fast river and adrenaline pumped cascades. Rapids and cascades are not so big, still, offer a great time on the river. Guarding the banks is Ostrožac tower, built by Ottoman in the 16th century.

After some kilometer, the Una River gets out of the valley for the last time, but tufa cascades and rapids are still there. Bosanska Krupa town welcomes it, place with some excellent restaurants on the banks, looking directly at waterfalls. Otoka (translating as an island) is another small town on the course. A large tufa island has grown in the middle fo the riverbed, so Una flows here across smaller channels. It is a perfect place for swimming, as the river is much warmer here. The shade of poplars and willows is an ideal cover from the intense summer sun. Local people have built small wooden footbridges so you can explore all nooks and crannies of this natural gem.

After Otoka, the Una becomes much slower and soon a border again. It is a lowland river with some remnants of tufa and its upper course. A medieval fort in Kostajnica town is another remnant of the turbulent past.

Rafting on the Una River

The downstream route from 20-meter-long Štrbački buk offers rafters unparalleled excitement and beauty, which cannot be found in the rest of Europe! During a high water level period in April and May, the river reaches difficulty level 5. The first part of the route is long, powerful, unpredictable, and full of rapids with numerous waves and whirls. During a medium water level period, the river difficulty level is 3 and 4. The route is complex and demanding, with rocks, currents and meanders, and possible surprises.

The lower Una River course from Kostela to Grmuša is calmer and more suitable for less experienced rafters. It is ideal preparation for a more challenging part form Štrbački buk to Lohovo. The water difficulty in early spring during high water levels is 2 and 3. Longer rapids and currents in meanders result in demanding ride which represents a real challenge for inexperienced rafters. During a low water level period, it is suitable for kayak and canoe.

The rafting is organized in Bosnia, on numerous agencies. The most known are

Traditional Una regatta that takes place in the summer is much longer than these two stretches. Actually, depending on the year, it covers the entire Bosnian course of the river.

Where to stay and eat?

It’s not so difficult to find accommodation here. There are several lovely places near the river, in Bihać or in the vicinity.

There are several beautiful restaurants on the banks on the Una River in Bihać and around the town. Especially interesting are several places literally on the river, build on the stilts. Enjoy the view and delicacies of Bosnia. Don’t miss the trout, but try other local dishes!

Migrants from Asia can be seen on the streets of Bihać. Fear not, they will not touch you. 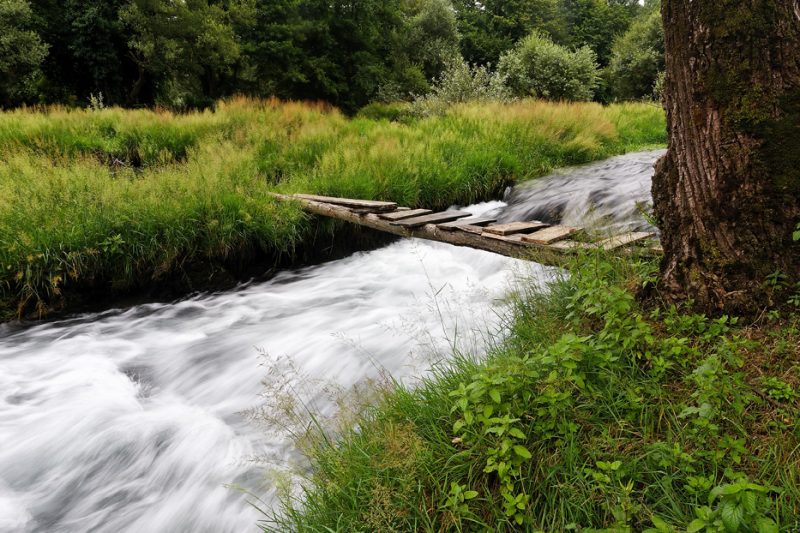 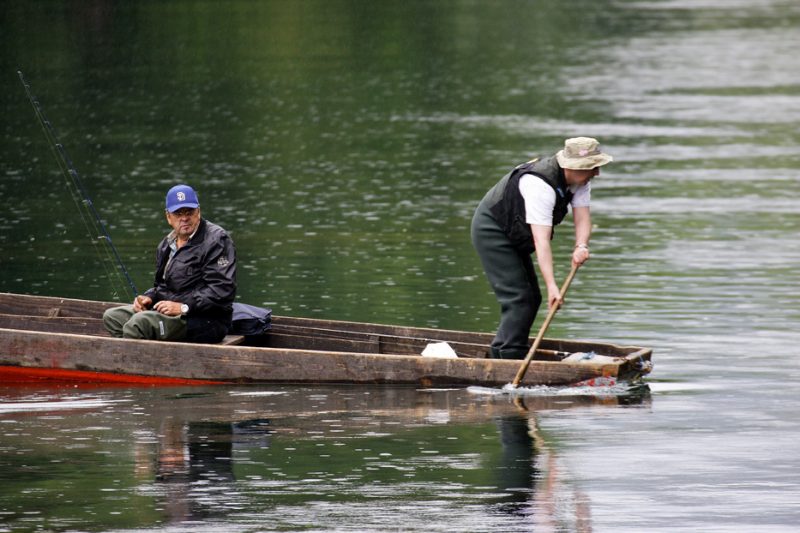 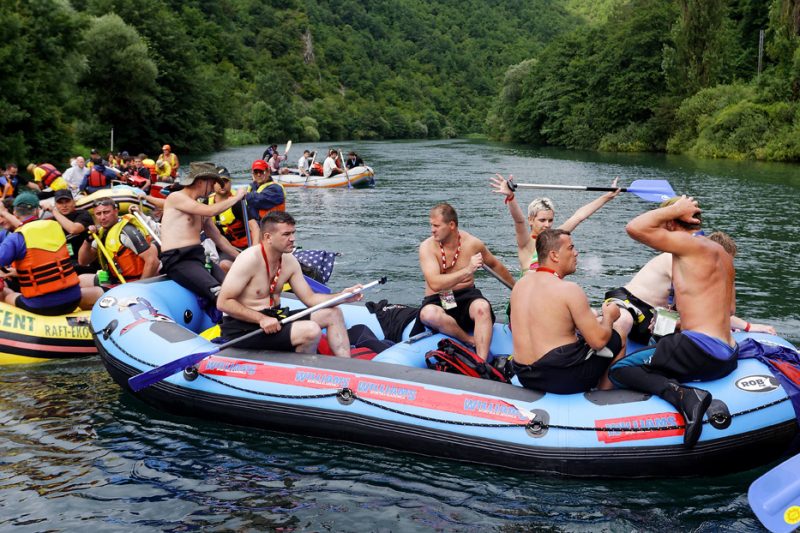 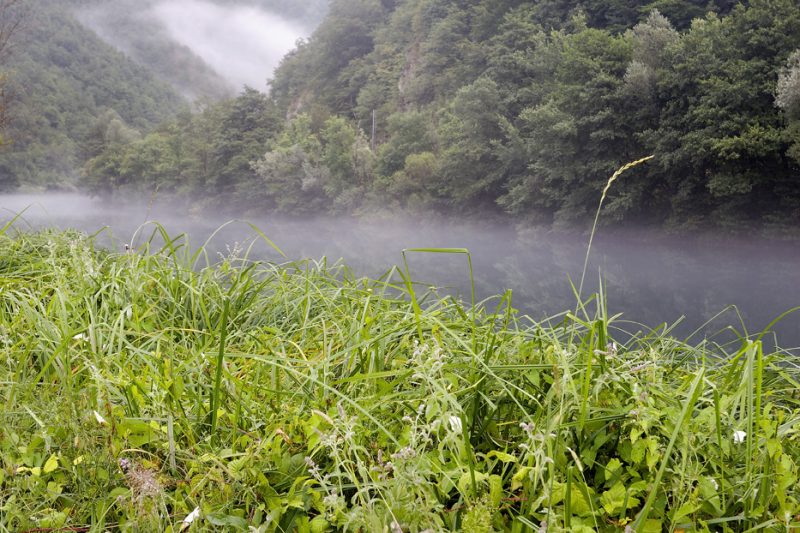 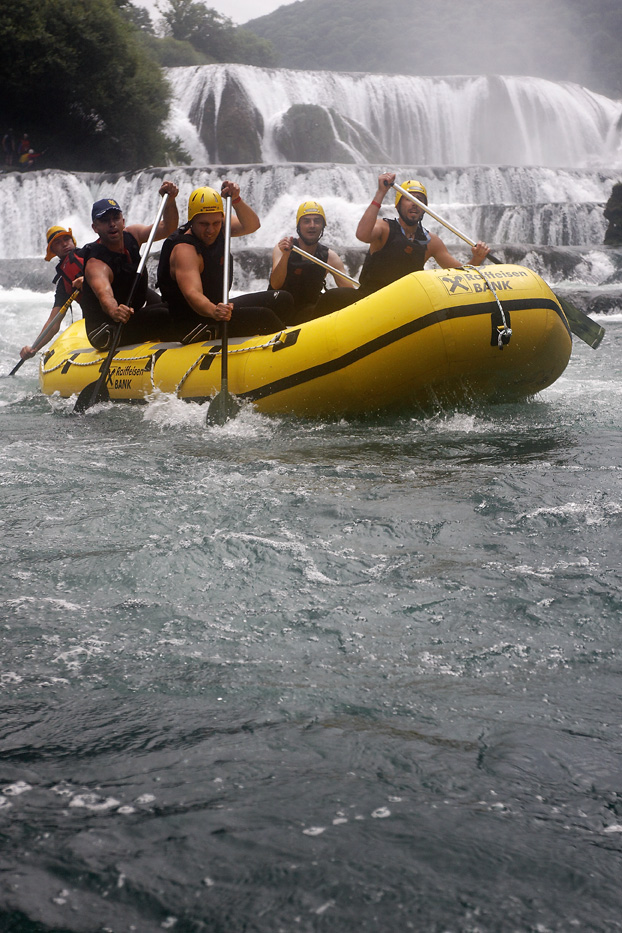 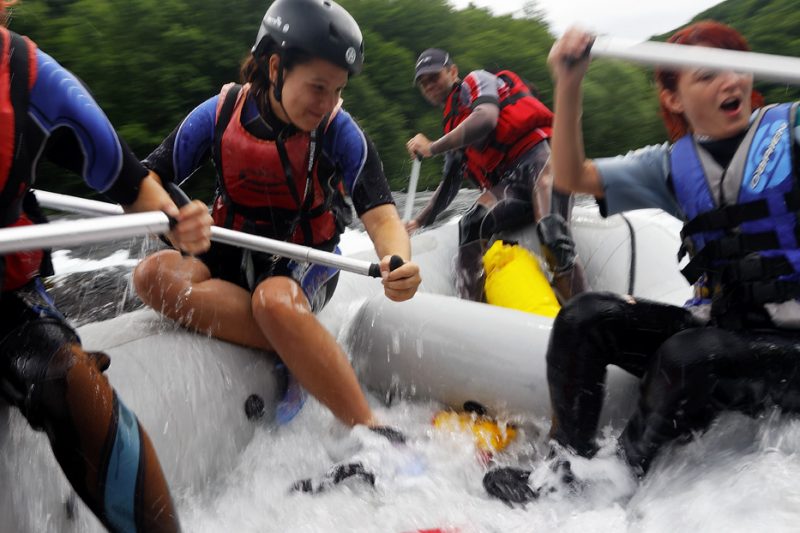 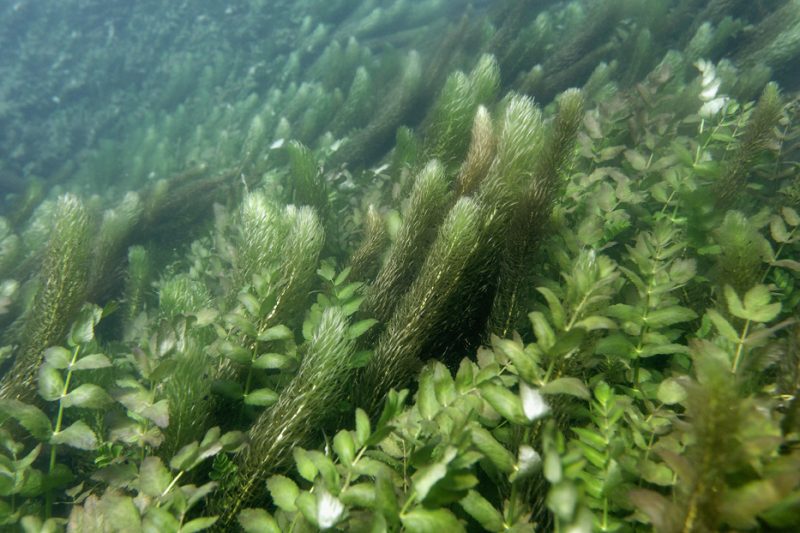 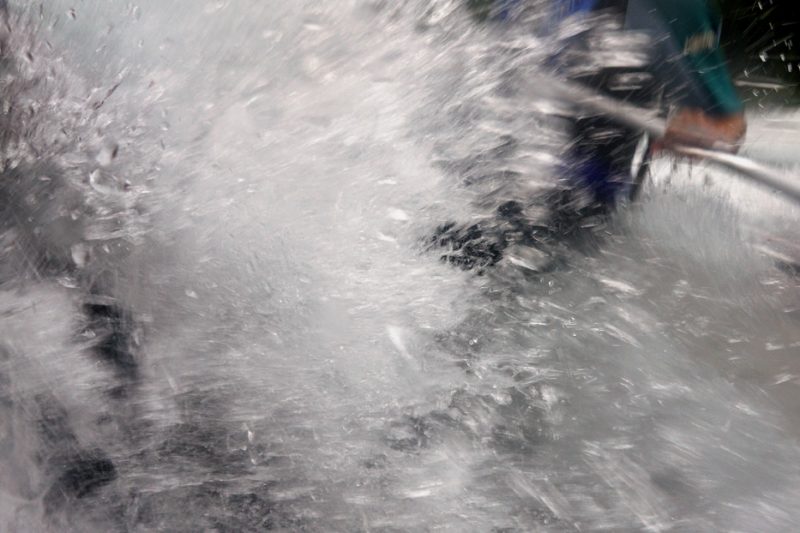 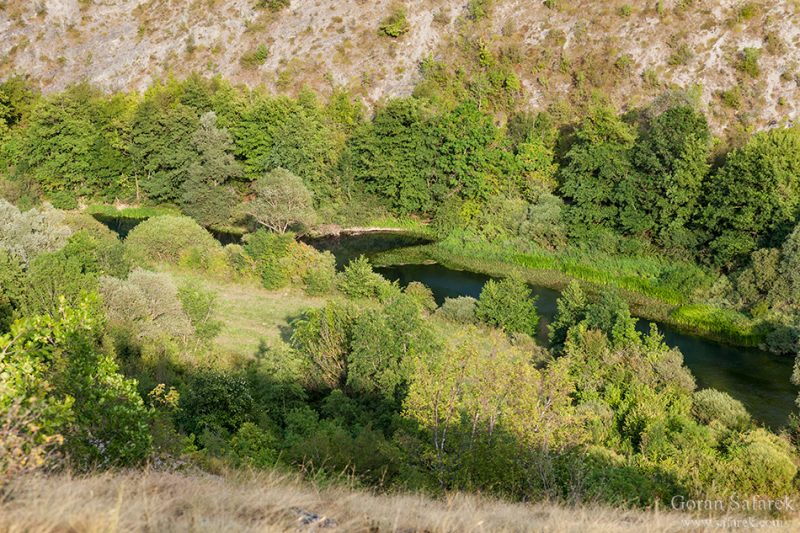 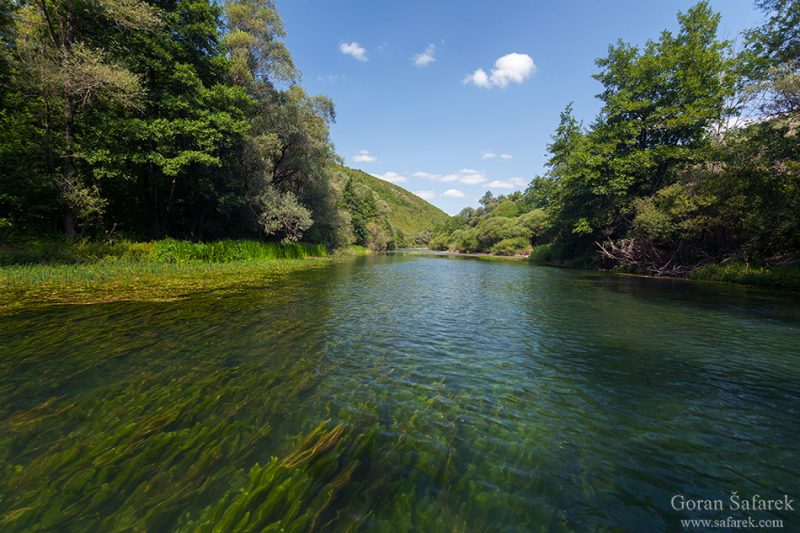 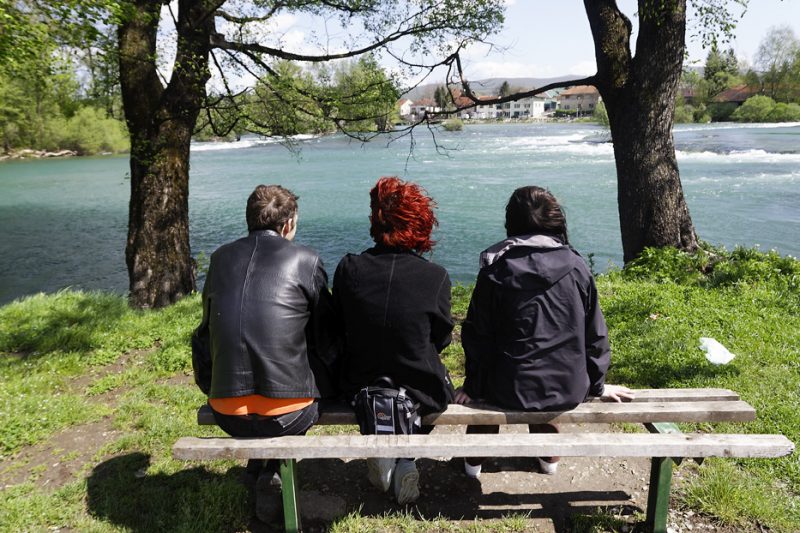 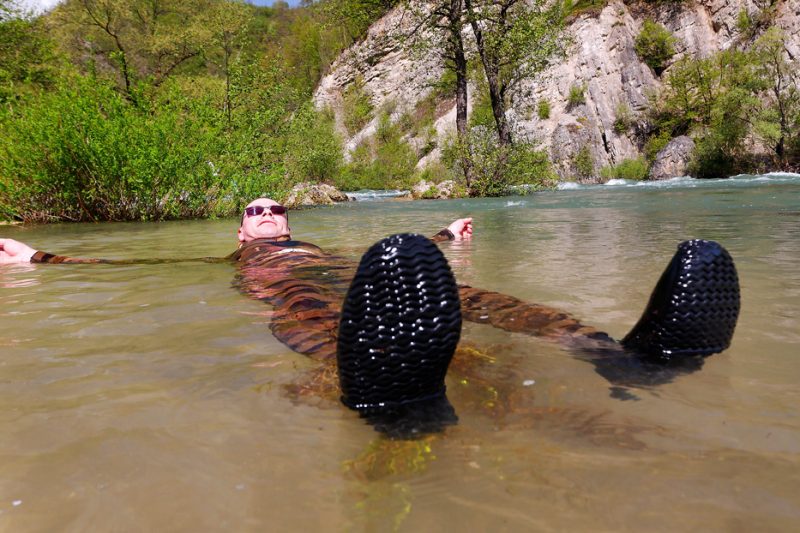 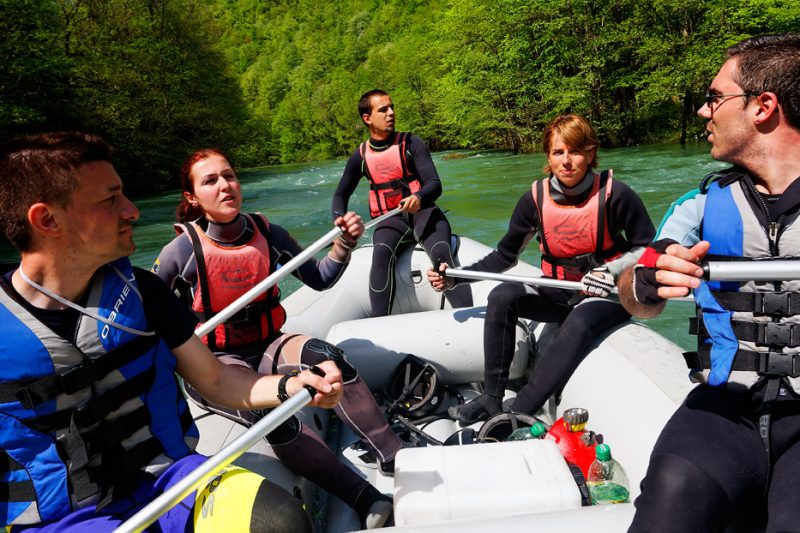 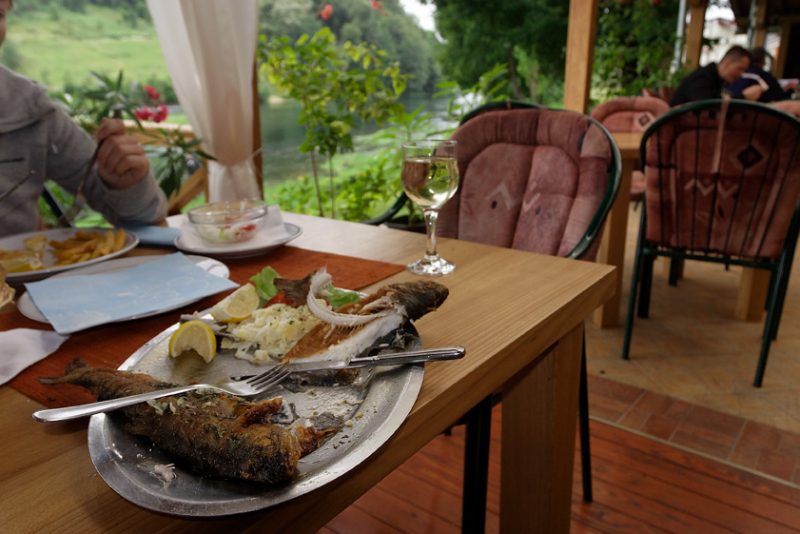 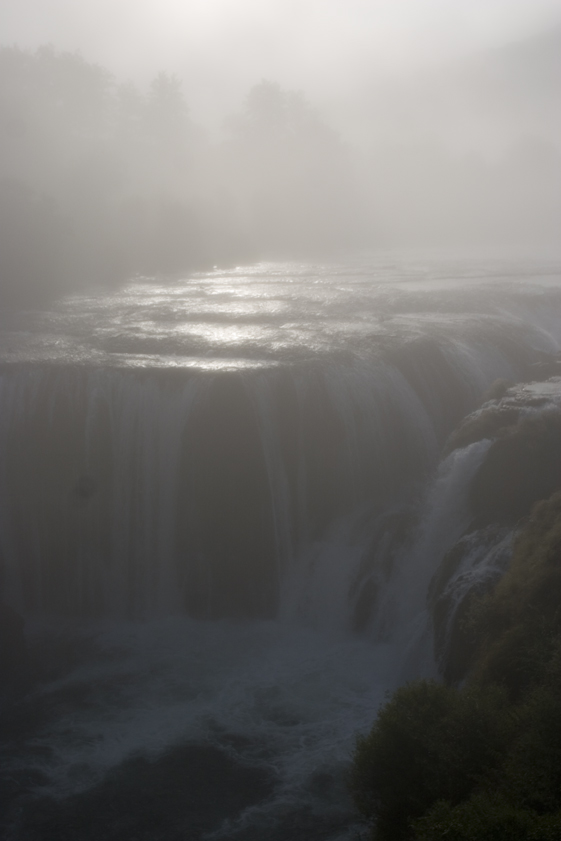 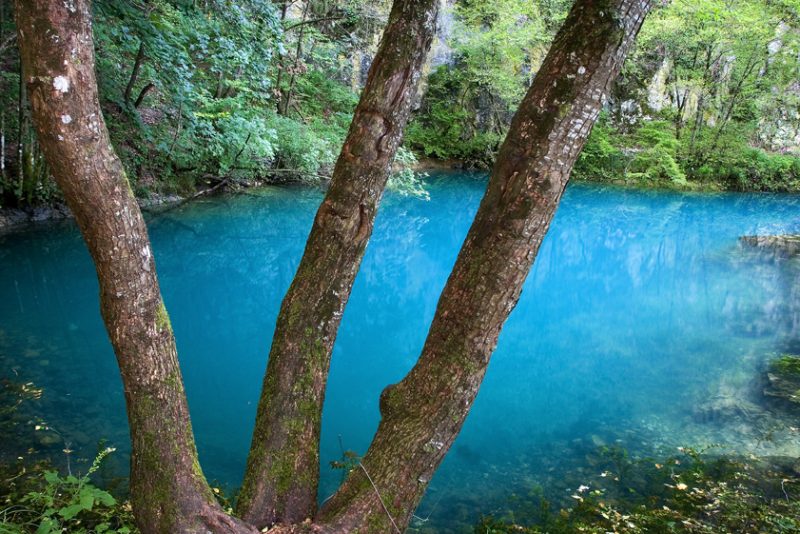 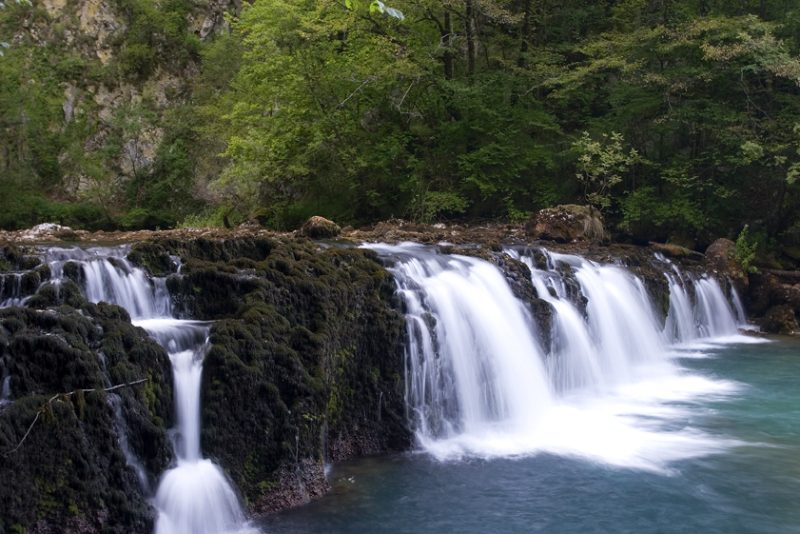