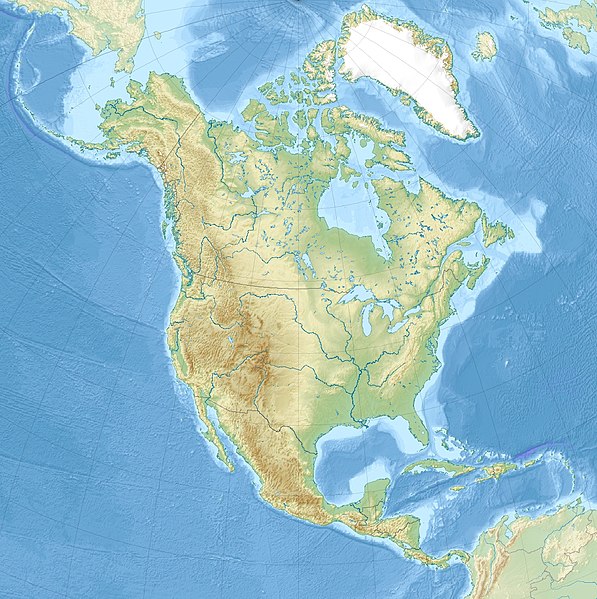 Rivers are one of the most exciting features of a North American continent. From the world-famous Colorado Grand Canyon to The Mississippi, one of the longest on the world, rivers of North America are so diverse and beautiful.

Over millions of years, some of these rivers have sculpted valleys and at other times depositing sediments, before eventually reaching the sea or an inland lake. These processes have created a diversity of freshwater environments and allowed the evolution of thousands of species of plants, animals, and microbes.

The North American continent boasts harbors a tremendous diversity of river sizes and types. Rivers range from the frigid and often frozen Arctic rivers of northern Canada and Alaska to the warm tropical rivers of southern Mexico. American rivers range from the high-gradient turbulent rivers draining the western mountains to the low-gradient, placid rivers flowing across the southeastern Coastal Plain. River size ranges from the tiny Dunk River of Prince Edward Island to the enormous Mississippi, the 2nd longest river in the world and the 9th largest by discharge. Such variations in latitude, topography, and size contribute to the great variation in biodiversity and ecological characteristics that we see among the continent’s rivers.

Total annual discharge from North American rivers is approximately 8200 kmi/yr or about 17% of the world total. The Mississippi is by far the largest river, yet its mean discharge is only 7% of total continental discharge (580 km3/yr or 18,400 mi/s). Among the top 25 rivers by discharge, more than a dozen have annual discharge greater than 2000 m3/s, with the other largest being the St. Lawrence, Mackenzie, Ohio, Columbia, and Yukon. Of these six largest rivers, all flow to the sea except the Ohio, which contributes almost half the flow of the Mississippi River. The Nelson and Missouri rivers are among the top five in the drainage area, but only rank 11th and 15th, respectively, in discharge because their basins receive only moderate precipitation.

Three rivers with enormous drainage basins, but not among the top 25 by discharge, are the Colorado, Rio Grande, and Arkansas. The Colorado River and Rio Grande (Bravo) each drain more than 600,000km2 (among the top ten by basin area) but are located in arid regions and have substantially lower discharge than many rivers draining much smaller basins. In addition to these vast rivers and river basins, there are many rivers of moderate to large size (100 to  more than 1000m3/s) that each flow for several hundred kilometers to the sea or are tributaries of larger rivers.

The Continental Divide, which mainly runs along the crest of the Rocky Mountains, splits North America into two great drainage basins. To the east of the divide, water flows towards the Arctic Ocean, Hudson Bay, the Atlantic Ocean, and the Gulf of Mexico, and to the west, rivers flow towards the Pacific Ocean.

Two prominent drainage systems—the Great Lakes-St Lawrence system and the Mississippi-Missouri system—dominate the hydrography of eastern and central North America. The five Great Lakes (Superior, Michigan, Huron, Erie, and Ontario) drain north-east to the Atlantic Ocean via the relatively short St Lawrence River. Most of the central part of the United States and a small part of southern Canada are drained south to the Gulf of Mexico by the Mississippi and its tributaries, notably the Missouri, the longest river in North America. A great many short, but often voluminous, rivers flow to the Atlantic and Gulf of Mexico along the well-watered eastern coasts of Canada, the United States, and Mexico. The northern interior of the continent is drained by the great Mackenzie River system of western Canada and by the numerous rivers that flow into Hudson Bay. To the west of the Continental Divide are relatively few major rivers (notably the Colorado, Columbia, Fraser, and Yukon) and many short but large-volume streams.

The southern half of North America contains only a few large natural lakes, but Canada and the northern United States have a vast number of sizeable lakes.

Although humans have been attracted to rivers throughout North America for more than 12,000 years, it has not been until the past 100 years that industrialization has caused a radical transformation of most rivers. They have been dammed for flood control, hydropower, and navigation; dewatered for human and agricultural consumption; contaminated with waste products; and invaded by many nonnative species. Such activities have severely degraded water quality, habitat diversity, biological diversity, and ecosystem integrity of rivers throughout most of the continent. The Colorado River hardly flows in its lower parts in the dry part of the year.

In spite of such extensive alterations, rivers have displayed a remarkable degree of resilience, capable of returning to at least seminatural conditions when human impacts are reduced. Fortunately, there are still some rivers that have escaped major human alterations, particularly those in the Arctic and Northern Pacific. The Copper River in Alaska is known for its extensive delta and rich ecosystem. Such pristine or lightly altered rivers retain much of the natural physical and biological properties they have had for millennia and can serve as benchmarks by which to evaluate impacts and restoration success of altered rivers.

Rivers of Europe – the oases of the old continent
Tags: north america
The Hoover Dam