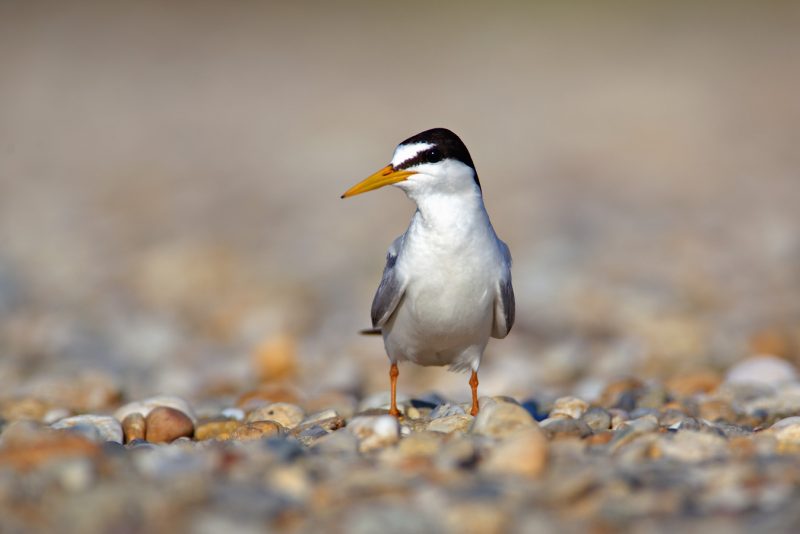 The little tern is a small tern that lives on a gravel and sandbars of the European and Asian rivers. It is widespread, but very fragmented and endangered in many places.

The little tern (Sternula albiforns) is a bird with a narrow body, pointy wings, and a deeply forked tail. The yellow beak and legs, as well as its size, make this species distinct from other species of terns. They feed on small fish, crustaceans, insects, and molluscs. They hunt independently or in small groups and they catch their prey by diving underwater from the altitude of 3 – 10 metres.

They nest individually or in small colonies, often with other species of terns, on gravelly or sandy shoals along shores and bars on the rivers. They can be found along sea shores, as well as near rivers, gravel pits, and reservoirs, in locations where gravelly islands and shoals are present. They are widespread in Europe, Asia, Africa, and Australia, but has very fragmented distribution in Europe and southern Asia. European populations are migratory birds that spend their winters in western and southern parts of Africa.

They have become rare in many rivers, because of the extensive regulations, damming and other human impacts. Unlike the common tern, its bigger relative, the small tern can’t breed o artificial platforms.

It has became the symbol of the European Amazon, the Transboundary Biosphere Reserve Mura Drava Danube in central Europe.