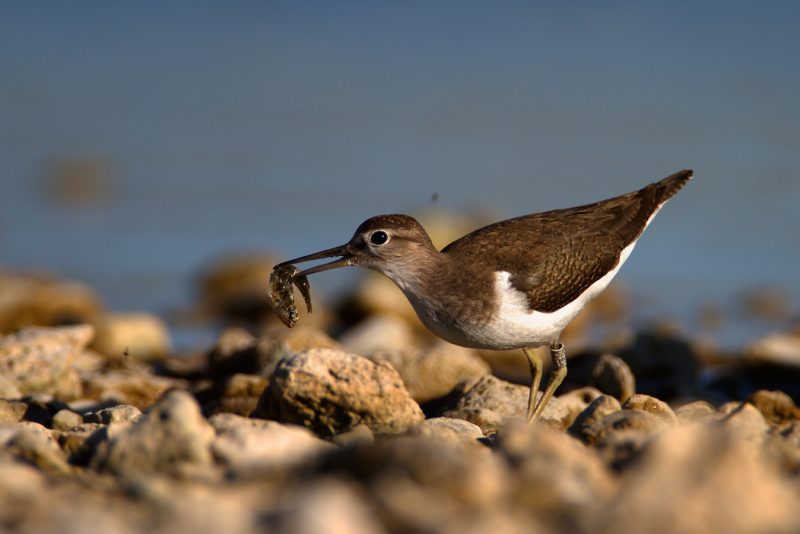 The little ringed plover (Charadrius dubius) is an inhabitant of the barren gravel and sandbars.

The common sandpiper is a small, short-legged bird with brown-grey body, white belly, and a relatively long straight beak. Characteristic behaviour for this species is the constant tail wagging and low altitude flying above water or shore. Their diet consists of various insects, spiders, molluscs, crustaceans, but occasionally they feed on tadpoles, frogs, small fish, and parts of plants such as seeds. They feed on the edges of shore by running and visually seeking potential prey.

They nest in the ground in shallow depressions, sometimes near the shore among shrubs and trees. Such significant variations in estimates are the result of hidden nesting that can be distant from the shore of a watercourse.

Common sandpiper can be found in various wetland habitats, but it prefers nesting along gravelly and sandy sea or river shores. Same as the little ringed plover, the common sandpiper is an indicator of unregulated river watercourses.

Outside of the nesting season they can be found along sea shores, rivers, canals, fish ponds, and estuaries. They are widespread in Europe and Asia, and European populations spend their winters in the Mediterranean and Sub-Saharan Africa.