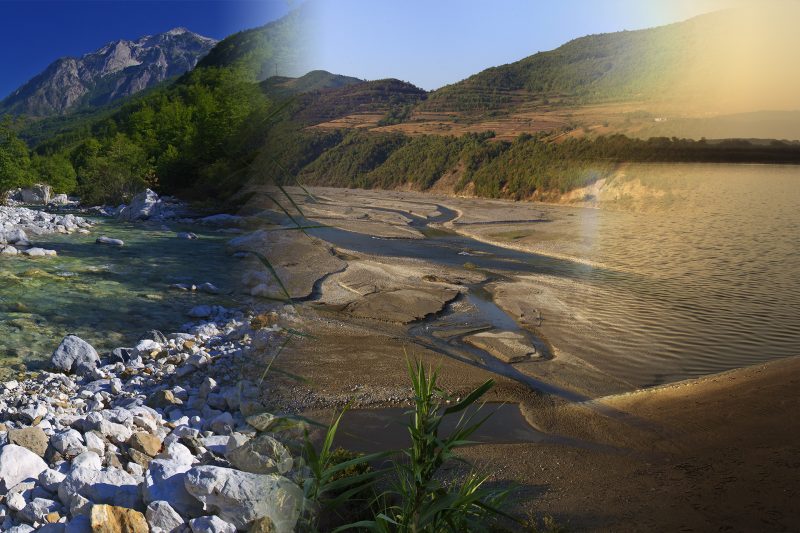 Albania is a nature redoubt with short rivers that span high mountains, deep valleys, and short lowland parts before eventually meeting the Adriatic Sea. Many of them are threatened by the dams.

Albania is a small country in southeast Europe, the Balkan Peninsula, with many rivers, streams, lakes, and springs. It is actually well known for its lakes, The Lake of Shkodër, Lake of Ohrid, Large and Small Lake of Prespa. The country of the eagle, Albania rises into mountains and hills that run in different directions across the country. Rivers originate mostly in the mountainous east of Albania and discharge into the Adriatic Sea in the west. As such, these rivers are rather short and could be exemplary of the river stretches.

The rivers of Albania have a total annual flow rate of 1,308 m3/s or 41.25 km3 per year. A majority of the precipitation that falls on Albania drains into the rivers and reaches the coast on the west without even leaving the country. In the north, only one small stream escapes Albania. In the south, an even smaller rivulet drains into Greece.

In the upper course, rivers have cut deep valleys and gorges through the mountains, sometimes with near-vertical walls as high as 90 m (300 ft) above the water. Valbona river gives us Alpine landscapes with turquoise water, white pebbles, rapids, and snow-clad mountaintops. There are also Shala Valleys in the Northern Alps, Tomorica Valley, Këlcyra on the Vjosa River, and the Bënça and Osumi Canyons. The canyons, in particular, offer a beautiful backdrop for a variety of paddling and rafting sports. This and other rivers are perfect here for the huge dams that cover Albanian needs for electricity. Irrigation is feasible only in valley bottoms. Waterfalls are also a part of this vast network, such as those located at Grunas, Thethi, Shoshan, and Kurveleshi. More than 200 springs feed the tributaries and provide clean water for household use. Some of them are thermal waters that have been used since antiquity for medicinal purposes. The underlying geology is a karst. 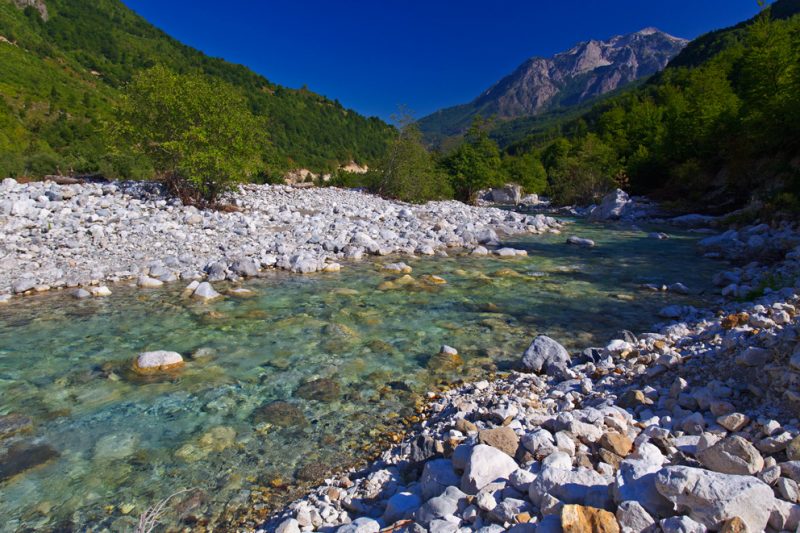 Then, we have a middle course with sediment-laden river bed in a braided stream, with shifting channels. Devolli, Vjosë, Mati are some of the examples.  Finally, rivers discharge in the Adriatic mostly as small deltas, especially on the Adriatic coast, which is relatively low and sandy. Ionian coast, on the other hand, is, with few exceptions, rugged and mountainous. Rivers have shaped much of the coast, with its alluvial plains and sea mouths.  The extensive Plain of Myzeqe, a broad alluvial plain is traversed by three main rivers, the Shkumbin, Seman, and Vjosë.

The network of Albanian rivers is made up of 11 major rivers and some 150 tributaries. The most important rivers in the country are the Drin River in the north and the Seman and Shkumbin Rivers in the south. Even the largest rivers like Vjosa, the Seman system with Devoll and Osam as well as Skumbin are still not interrupted by dams. 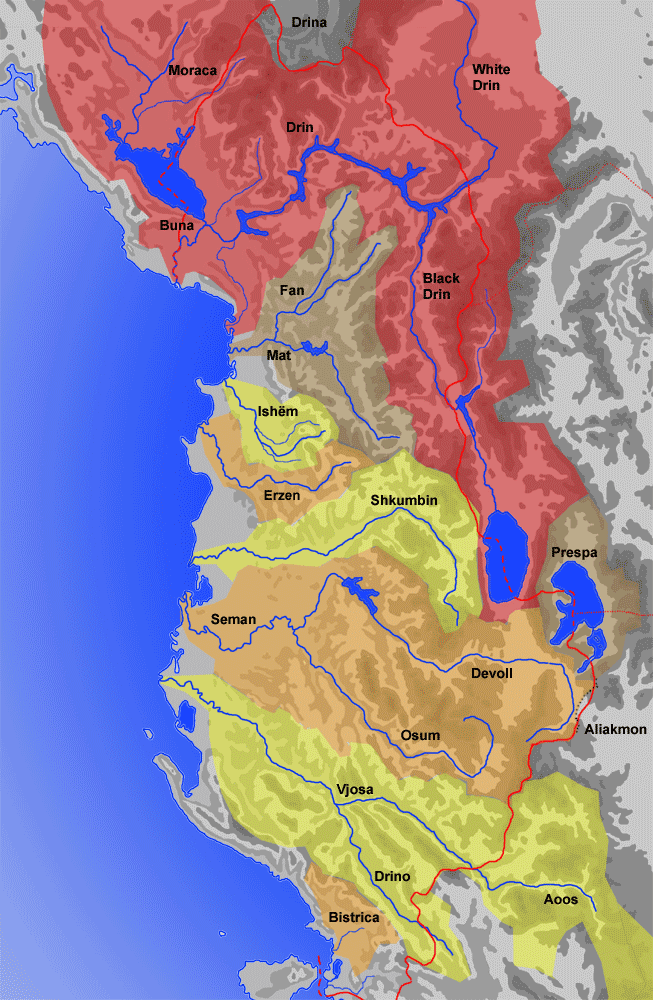 With the largest basin completely within Albania, the Seman is formed in the lowlands by the union of the northern 160-km Devoll and the southern 113-km Osum. It generally flows west in meanders for 80 km to a delta near the Karavastas Lagoon on the Adriatic.  It flows into the Adriatic Sea near Tρopojë. In ancient times, the Seman River was known as the Apsus River. A dam has recently been built on the Devolli River by Italians at Banja for irrigation and hydro power.

The Shkumbin River rises from Valamara Mountains in southeastern Albania and flows for 112 miles to the Adriatic Sea. It receives significant inflow from Gur i Kamjës and Rapun streams. Historically, the river demarcates the boundary between the Gheg and Tosk dialects. It served as the natural boundary of the Epirus region, and the cultural boundary of the Greek and Illyrian worlds between the 5th and 6th centuries.

Vjosë is a river in northwestern Greece and southwestern Albania. Its total length is about 272 kilometers, of which the first 80 kilometers are in Greece, and the remaining 192 kilometers are in Albania. It flows through the Vikos–Aoös National Park, where it forms impressive canyons. It flows through Konitsa, and enters Albania near Çarshovë. It continues northwest through Përmet, Këlcyrë,Tepelenë, Memaliaj, Selenicë and Novoselë. It flows into the Adriatic Sea, northwest of Vlorë. The Vjosë in Albania is a river of extraordinary value and beauty and it has became a battleground against dams in Balkans.

The Valbona River, flows through the valley bearing its name, a small village in the valley, as well the general area informally.  It’s located in the Tropoja District of Northern Albania, a beautiful scenery of Albanian Alps.  A wild, high, mountainous region inhabited by strong and fiercely independent people, the Malësi has for the history of Albania been the region which was never really conquered or subdued by the various waves of invaders during the last 2000 years of Balkan history.

Threats to the Albanian rivers

Albania was closed for visitors a half a century, closed by communist paranoia. Natural wonders remained hidden as well. Mountains and the Adriatic coast are well known, but rivers are also precious. Communist rule meant little economic development; however, centralized government could afford huge projects. Big dams were one of them; so many rivers were transformed to the dams. Many survived, but the opening to the world meant also opening to investors who saw great opportunity to sieze natural resources of undeveloped countries. This same story applies to the Balkans. The Balkan rivers project led by WWF, Euronatur, Riverwatch aims to save some of the rivers, notably the Vjosë River. Other, still uninterrupted rivers are Seman and Skumbin. 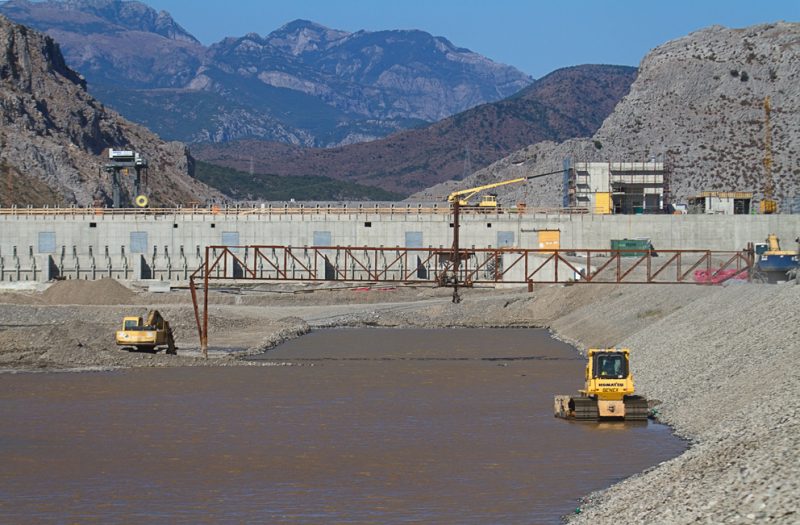 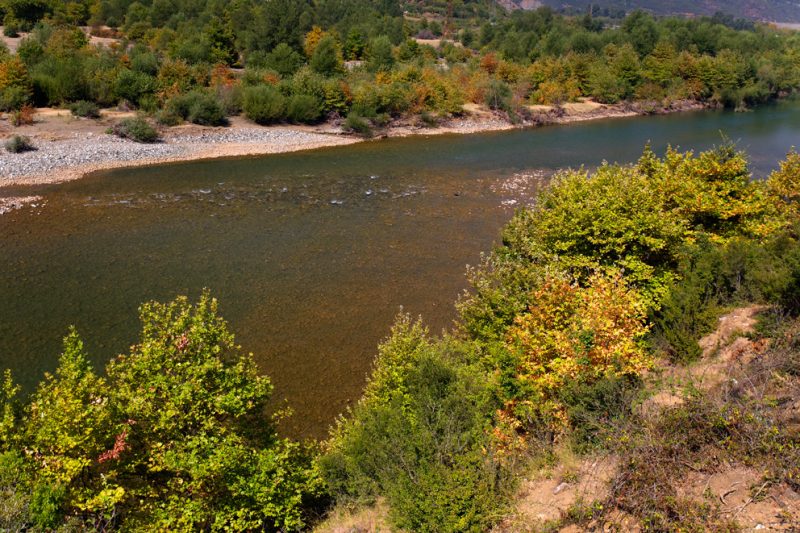 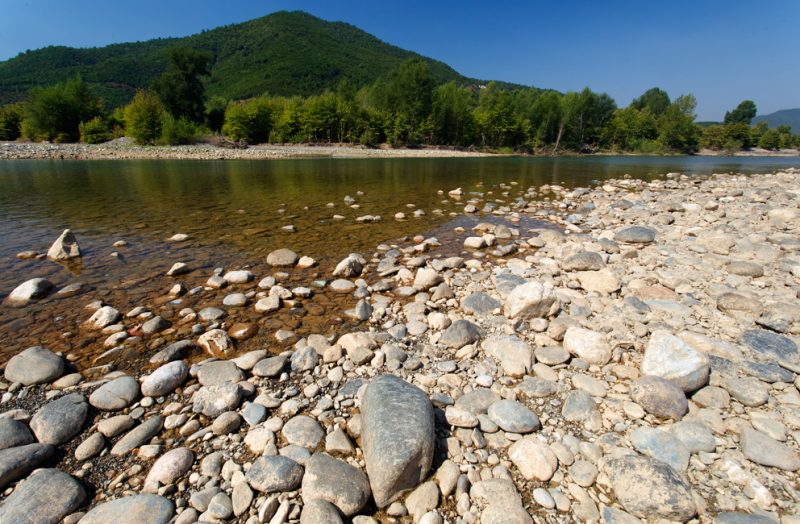 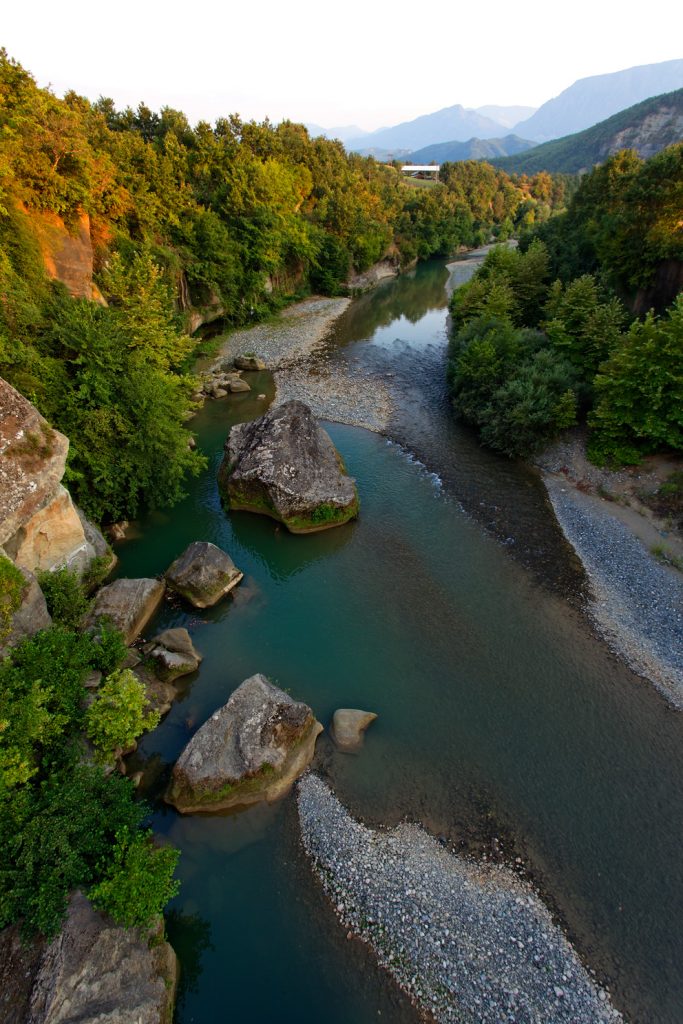 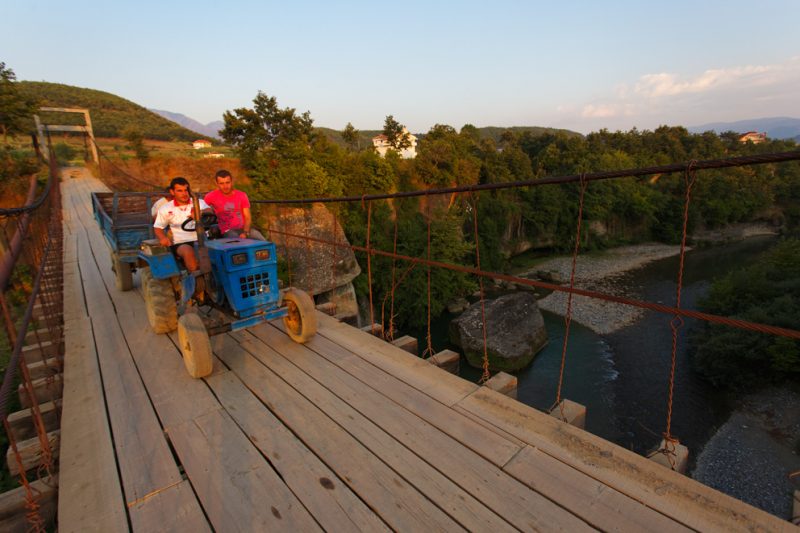 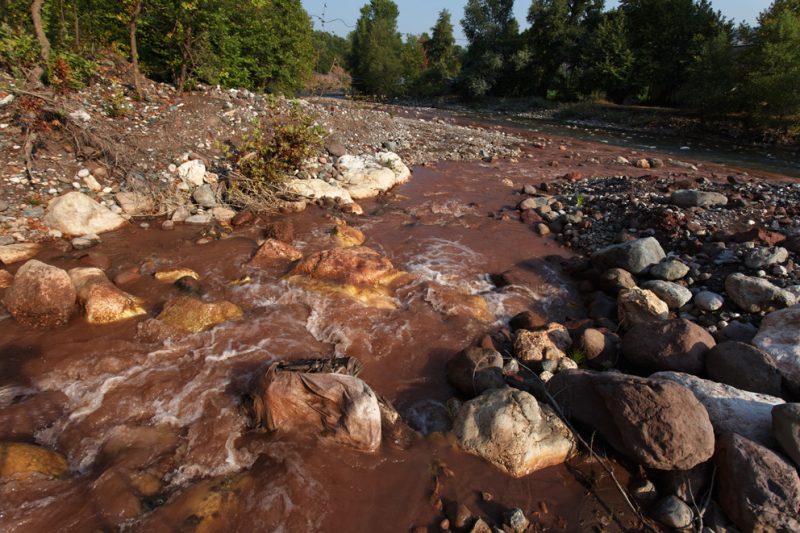 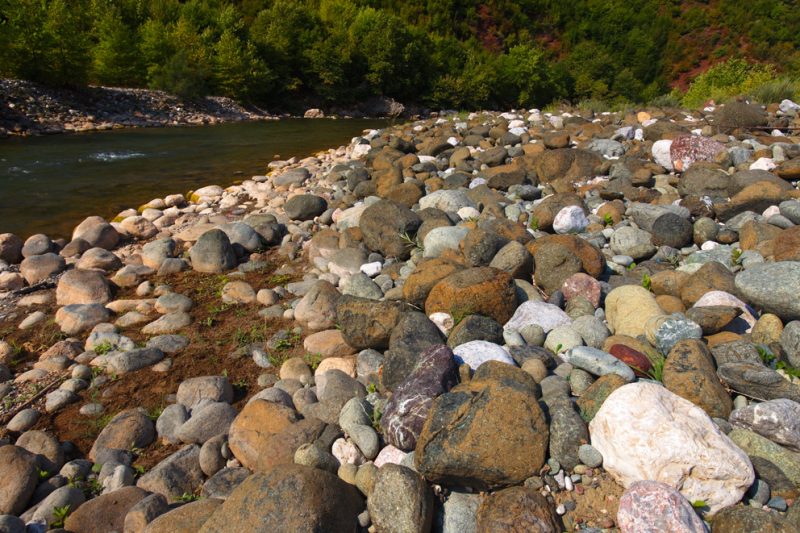 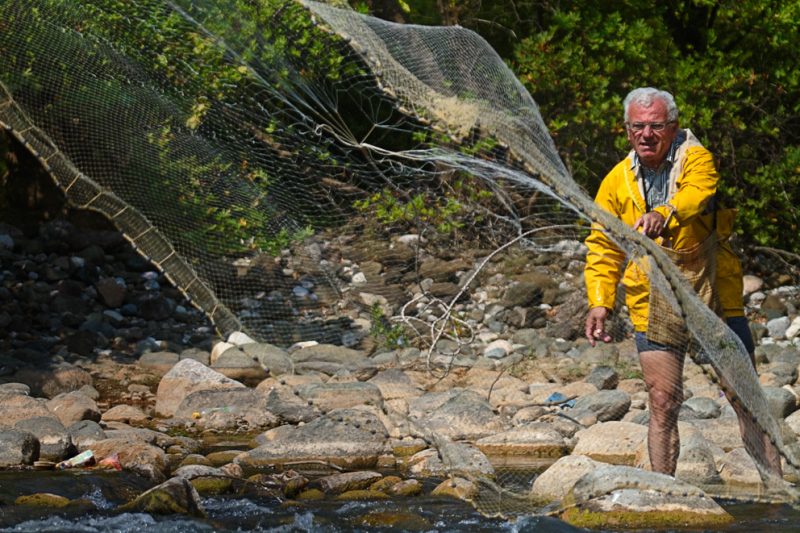 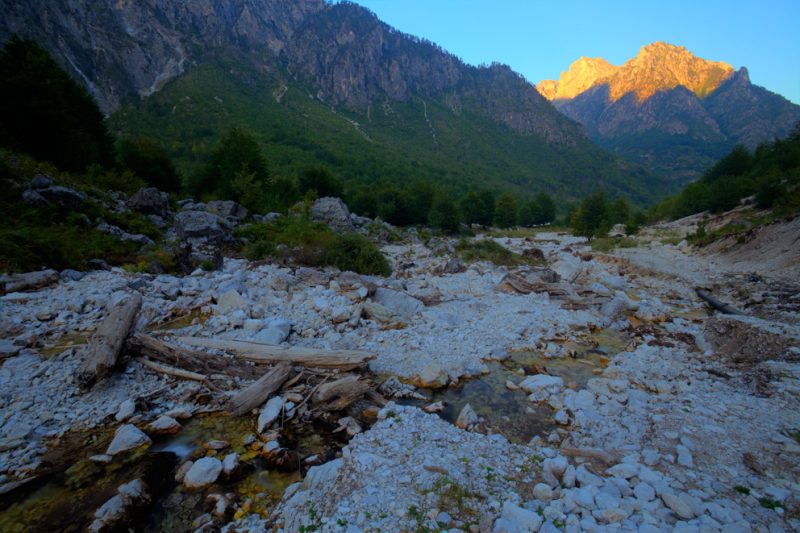 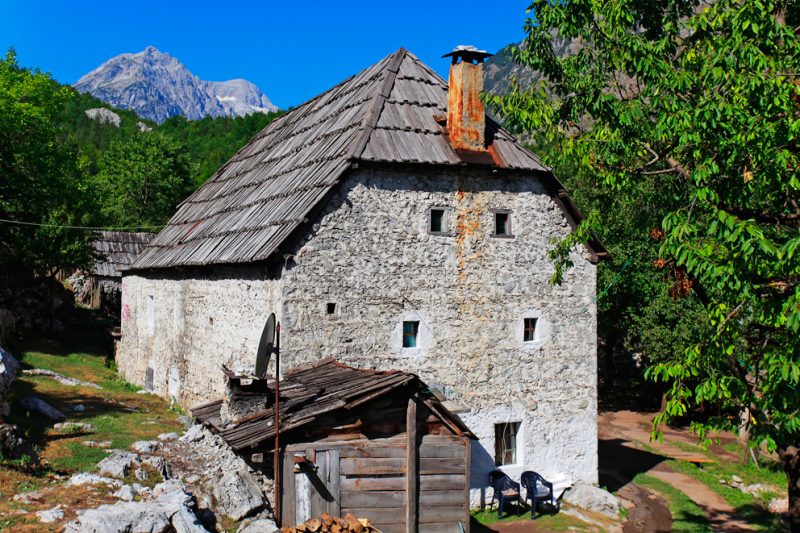 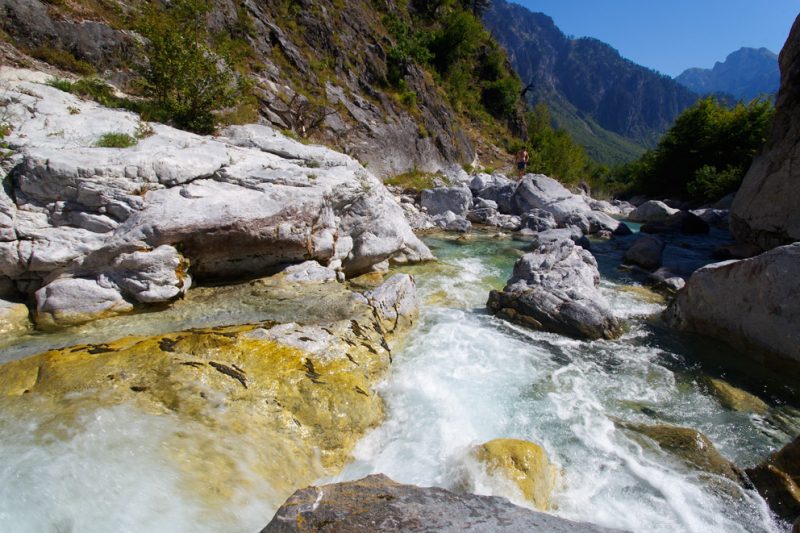 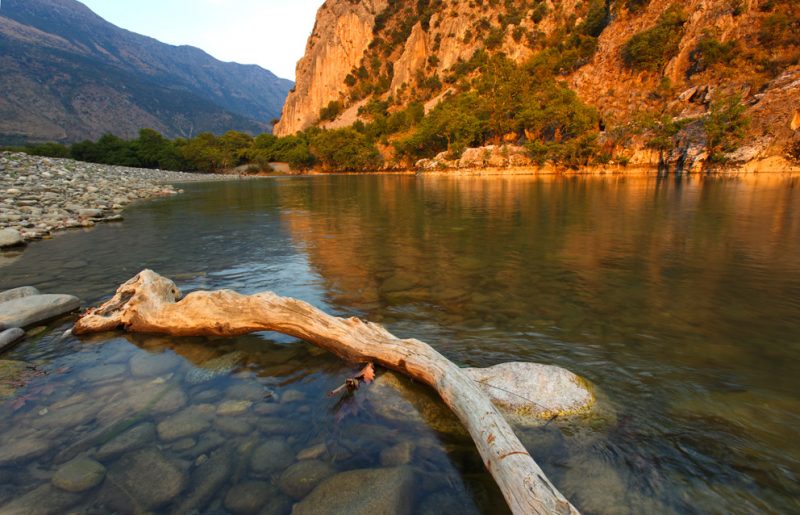 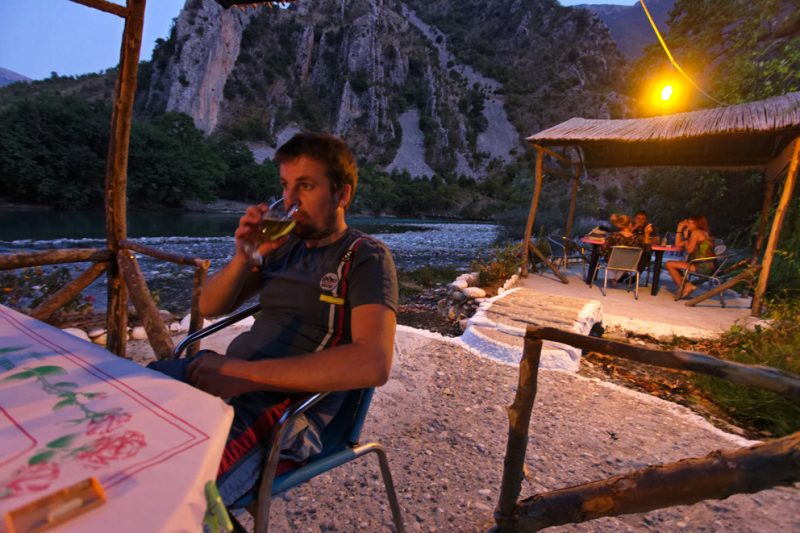 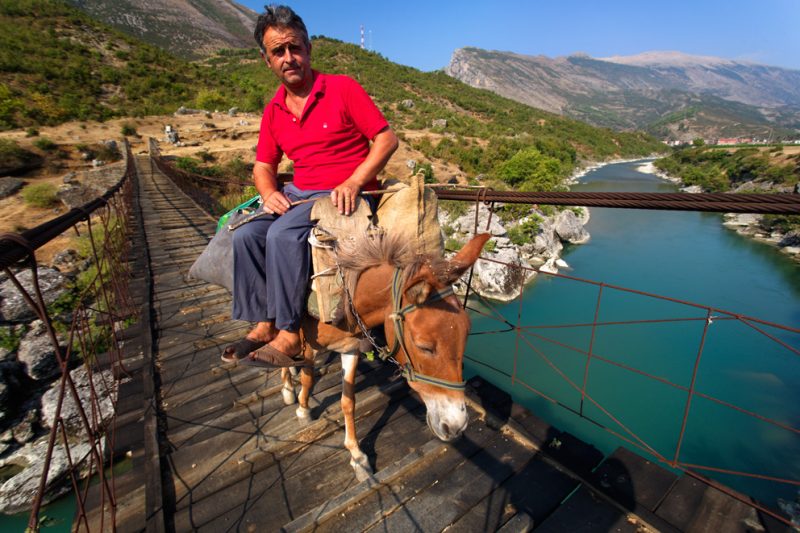 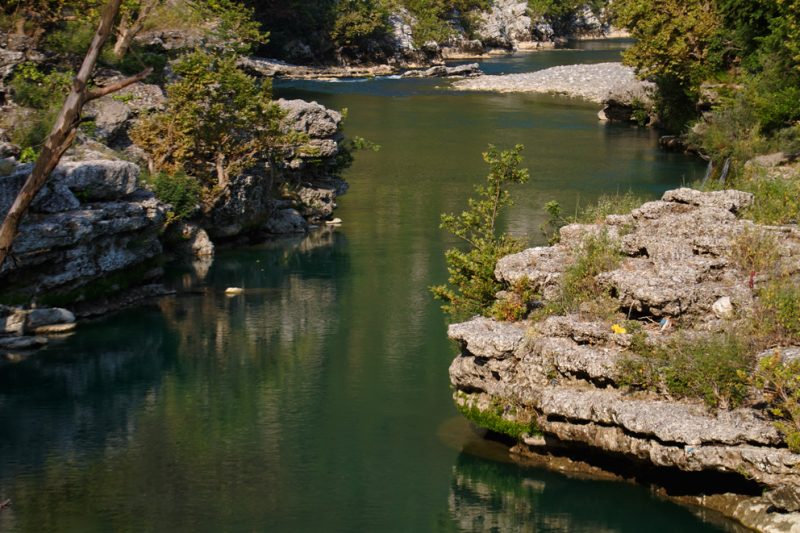 What are the rivers?
Tags: albania, mountains
Kravica waterfall in Bosna and Herzegovina
Rivers of Europe – the oases of the old continent

2 thoughts on “Rivers of Albania”