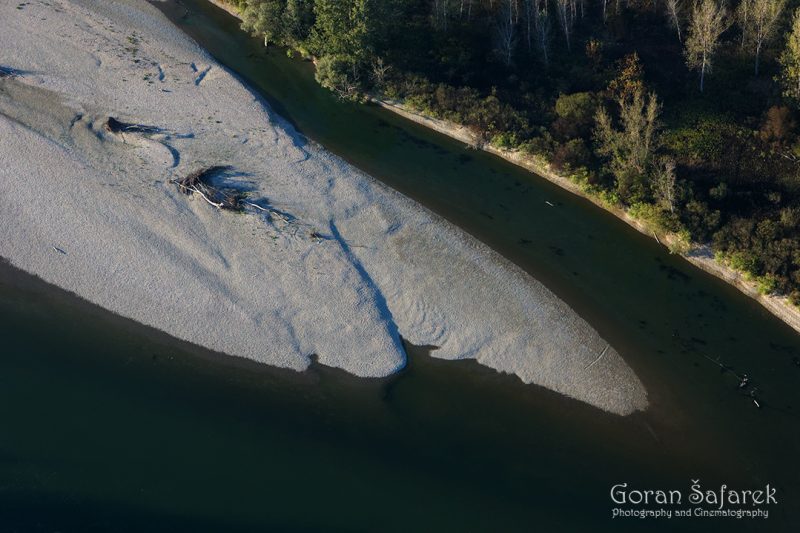 Rivers and streams deposit sediment along the entire course, in the form of the bars, floodplain deposits, deltas, and rarely alluvial fans. Sediment deposition is important for creating and resetting new habitats.

Together with the erosion and sediment transport, the sediment deposition is an essential process in sculpting the rivers and creating new habitats, thus keeping its biodiversity.

The sediments transported by a stream are often deposited temporarily along the stream’s course (mainly the bed load sediments). Such sediments move sporadically downstream in repeated cycles of erosion and deposition, forming bars and flood-plain deposits. At or near the end of a stream, sediments may be deposited more permanently in a delta or an alluvial fan. 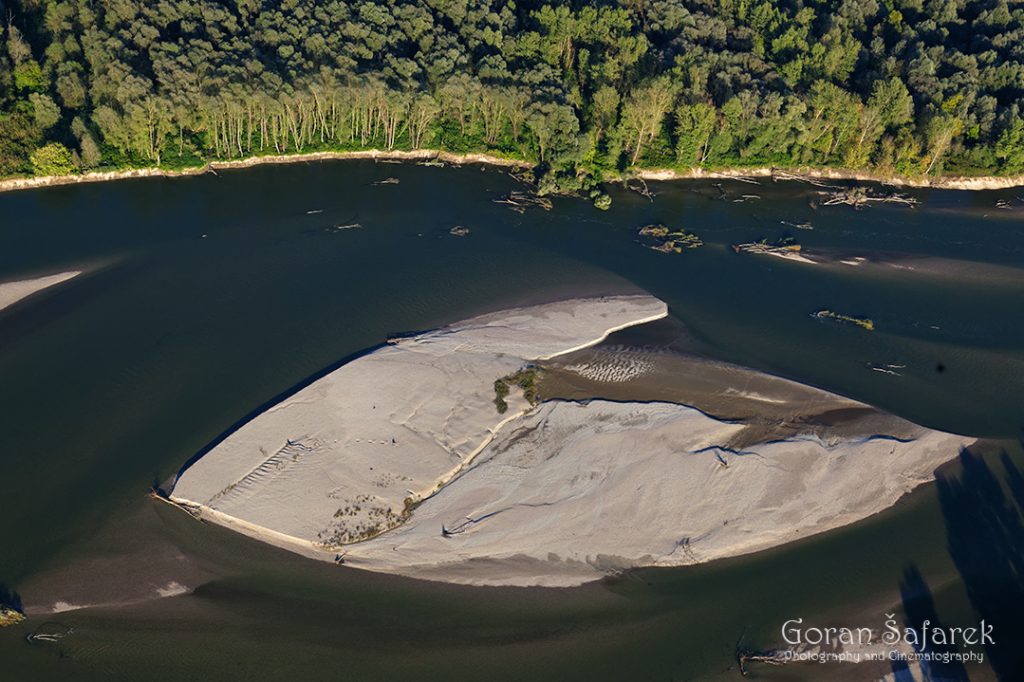 Stream deposits may take the form of a bar, either gravel or a sand bar. This is a ridge of sediment, usually sand and gravel, deposited in the middle or along the banks of a stream. Bars are formed by deposition when a stream’s discharge or velocity decreases. In the case of the meandering river, we speak of the point bars, inside of curves because of the lower velocity there. Bars are unique habitats for many organisms, also a first stage in vegetation successions. 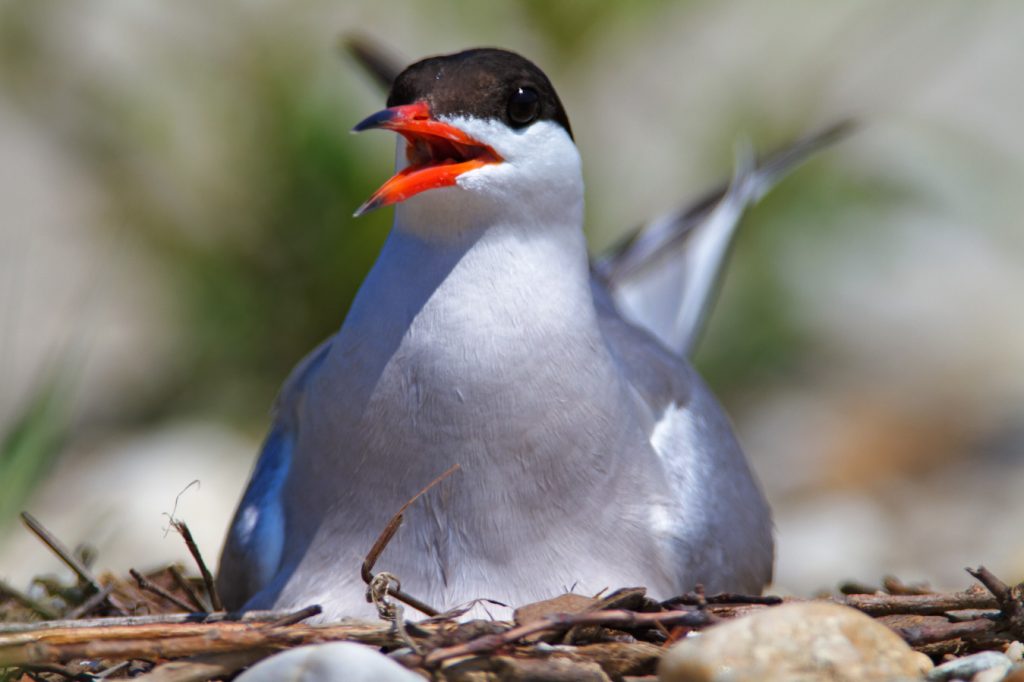 During a flood, a river can move all sizes of sediment, from silt and clay up to huge boulders, because the significantly increased volume of water is moving very rapidly. As the flood begins to recede, the water level in the stream falls, and the velocity drops. With the stream no longer able to carry all its sediment load, the larger boulders drop down on the streambed, slowing the water locally even more. Finer gravel and sand are deposited between the stones and downstream from them. In this way, deposition builds up a sand and gravel bar that may become exposed as the water level falls. 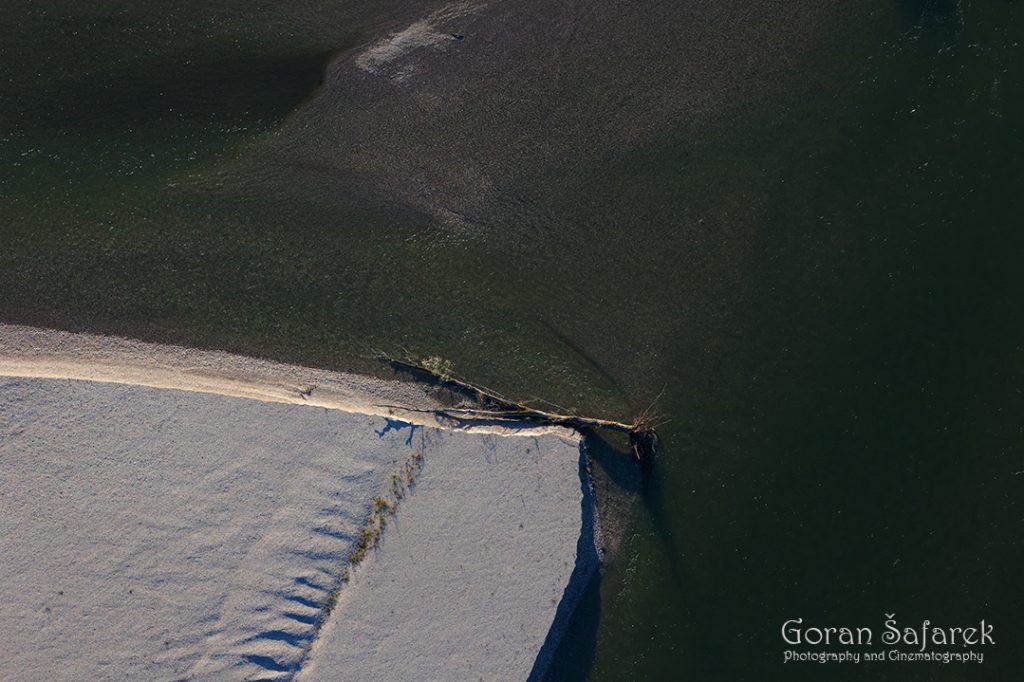 A fallen tree or other objects could be a nucleus for the formation of the bar. The obstacles cause the eddies, a swirling of fluid, so sediment is deposited locally as a „long tail“ downstream of the stranded tree, for example.  Usually, it is the finer sediment, like sand or silt, fertile enough for  plants that will fix it with its roots.

The next flood on the river may erode most of the sediment in this bar and move it farther downstream. But as the velocity slows, it may deposit new gravel in approximately the same place, forming a new bar. After each flood, the bars can change the size and position of the bars.

The braided streams are wider riverbeds where the water is flowing in several channels through the sediment. It is common for middle stretches of the rivers. Learn more here.