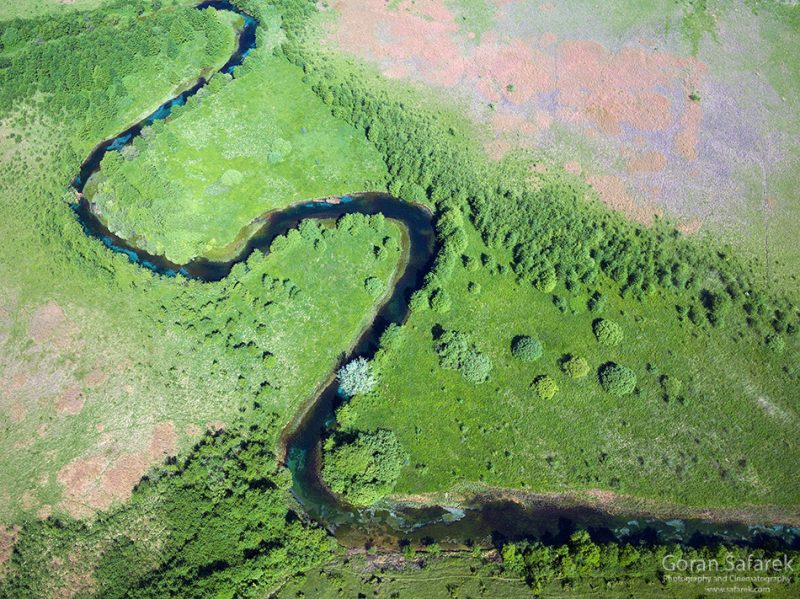 Meandering is common in the rivers in the lower reaches of the rivers, where the river changes its course through time.

Meandering is a process of simultaneous erosion and sediment deposition. This process is of crucial importance to the maintaining of biodiversity.

Rivers that carry fine-grained silt and clay in suspension tend to be narrow and deep and to develop pronounced, sinuous curves called meanders. These bends can significantly increase the length of the river. In a long river, sediment tends to become finer downstream, so meandering is common in the lower reaches of a river. 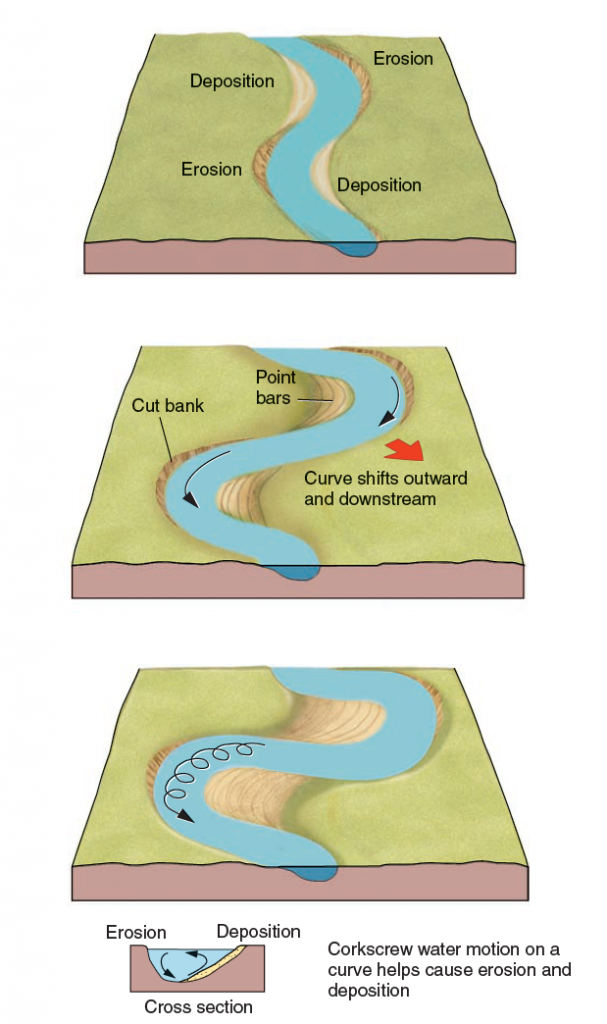 The simultaneous erosion on the outside of a curve and deposition on the inside can deepen a gentle curve into a hairpinlike meander. Meanders are continually growing, and through decades, they regularly change their position across. Continued erosion and deposition cause them to migrate back and forth across a flat valley floor, as well as downstream, leaving scars and arcuate point bars to mark their former positions.

At times, particularly during floods, a river may form a meander cutoff, a side-branch(side-arm), a new, shorter channel across the narrow neck of a meander. The old meander may be abandoned as sediment separates it from the new, shorter channel. The cutoff meander becomes a crescent-shaped oxbow lake. With time, an oxbow lake may fill with sediment and vegetation.

Historically, many rivers were regulated, primarily due to river transportation. To shorten the waterways, many menders were cut off and the river straightened and shortened. This, in turn, has caused problems with the riverbed and biodiversity.