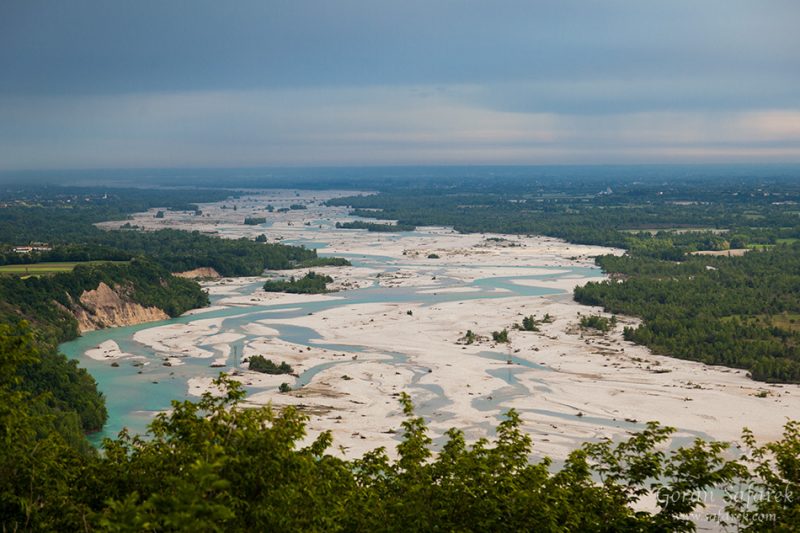 Even though the Alps look like an undefeatable fortress, many of its rivers are actually tamed, either by the dams or regulations. They are often torrents and cause flash floods. Tagliemiento in Italian Alps still resists the human encroachment, and we can observe almost pristine alpine landscapes.

The Tagliamento River in north-eastern Italy stretches 178 km in length and is considered as one of the last intact rivers in the Alps. The ‘Fiume Tagliamento’ is the dominant river system of the Friuli region in northeastern Italy.

This scenic, mountainous river drains approximately 2580 km2,with more than 70% of the catchment located in the Alpine area. The highest peak in the catchment is Mt. Coglians (2781 meters above sea level). The mean altitude of the catchment is 987 m. Areas above 1000 meters of altitude (roughly 50 % of the Tagliamento catchment), are practically uninhabited. 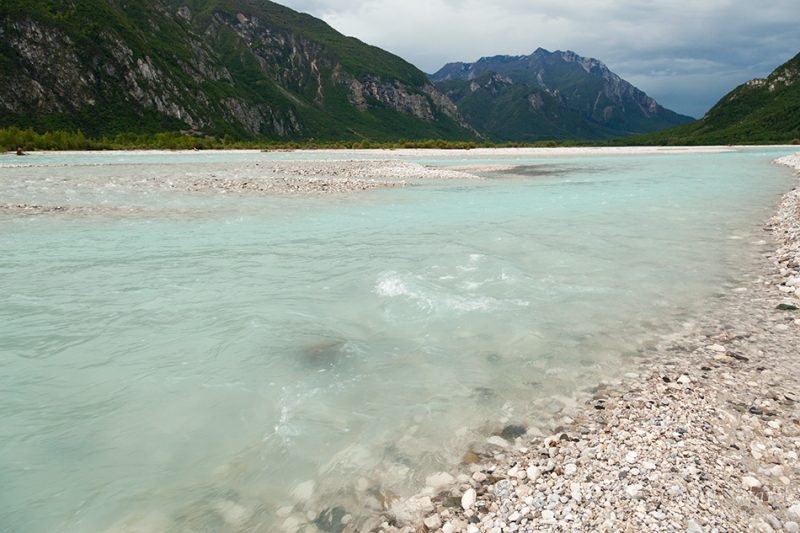 From one of the heights around the river in middle stretches, we can see the results of these processes. The river is flowing in the broad valley, and the river is wide too. During the drier part of the year, when the water is scarce, the river is actually a network of smaller channels that flow through thick layers of sediment, mostly gravel. Often, we can even not tell apart the main channel. Such river bed is called a braided stream. 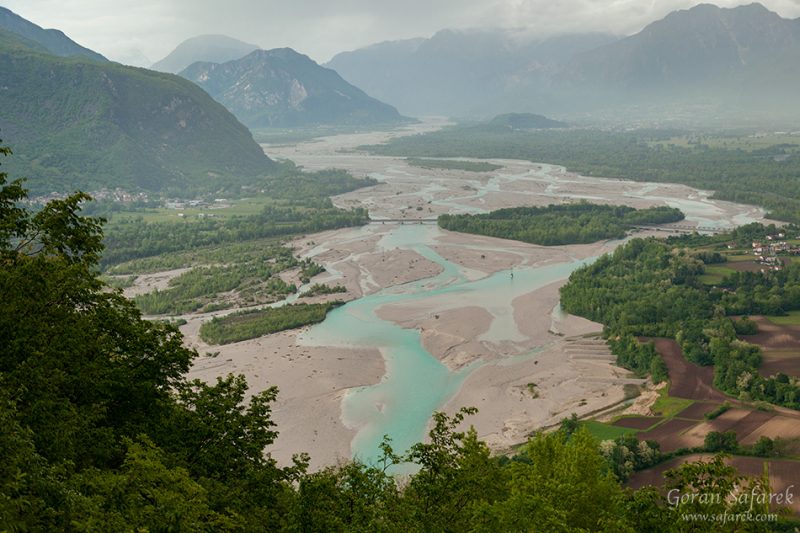 Processes of erosion and sediment deposition are still natural here. As we step on the drier part of the riverbed, we can see that sediment is mostly gravel from various sizes. Below the Alpine hills, the river is still strong to move larger rocks, but also at places energy is smaller, and the water deposits smaller gravel pieces, even sand.

The landscape of the riverbed is never the same, as new floods will completely erase the features. Flooding represents the major physical sculptor of the river (flood pulses).

Only specialized pioneer plants can colonize such unstable riverbed.  German tamarisk is one of them. This bush is very resistant and can grow on bare gravel or sand. Willows are other early arrivals to these unique virgin habitats. Floods bring not only the sediment but also large woody debris, even live trees. Many species of floodplain trees resprout vigorously if the trunk and branches come to rest where environmental conditions are suitable; most successful in this respect are poplars (Populus nigra), and willows (Salix elaeagnos, S. alba, S. purpurea and S. daphoides). These trees, which can become nuclei for a formation of new islands, trapping the sediments and slowing down the water current.

Older, more stable, and bigger gravel bars are thus slowly transformed and overgrown into the islands. The river banks are mostly forested.

In general, the steep environmental gradient from the Alpine region towards the Adriatic Sea is reflected in floristic richness. Arctic-alpine species dominate the upper catchment, while (sub)mediterranean species mainly occur in lower sections of the Tagliamento catchment. In the Upper Tagliamento valley, the number of vascular species is between 500 and 800. The highest species richness was found between Amaro and Cornino where the river leaves the Alps; this is mainly a consequence of the co-occurrence of Alpine and lowland species. Additionally, the number of endemic species is rather high in this part of the catchment. Further downstream, the species number decreases from the Alpine foothills (700–900) towards the Adriatic Sea (300–500).

Clearly, the Tagliamento is a river ecosystem of European importance. It is a unique resource and a model reference catchment. But it is also a highly endangered ecosystem.

Despite its high degree of naturalness, the river is not without human impacts. Water abstraction in the upper Tagliamento valley, organic pollution, and gravel exploitation are threatening the integrity of the main river corridor.  Many of its small tributaries contain drop structures built to inhibit erosion and channel incision.

The regional government is planning large flood retention basins in one of the most natural sections of the river. That would spell doom for many species. 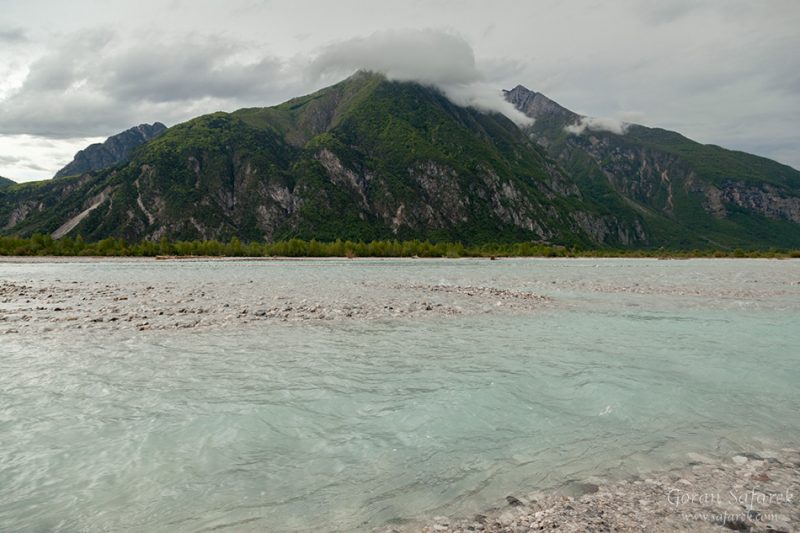 One of the last naturally flowing rivers in the Alps deserves to be protected.

River erosion – creating force in the rivers
Tags: alps, braided stream
The Una River – the one and only
The Buna River source – the harmony of the nature and culture