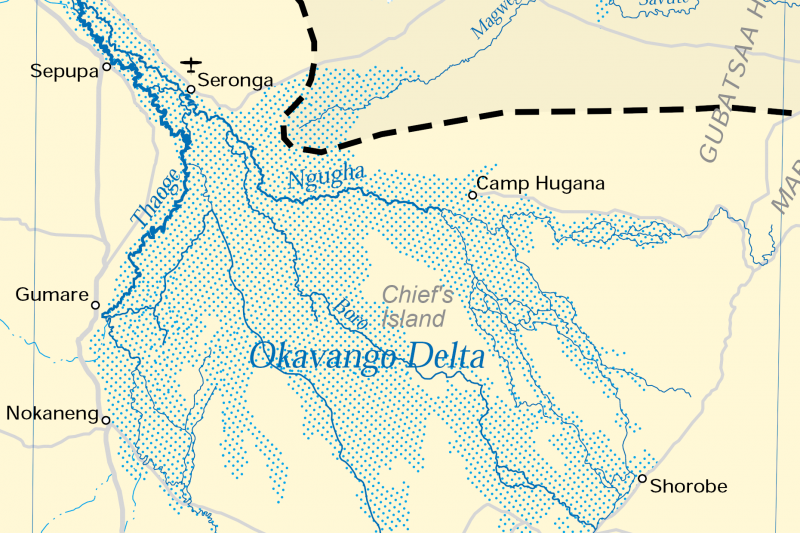 A vast majority of rivers finish their journey to reach the sea. Some rivers, however, disappear in the continent don’t have an outlet to the sea. They are usually karstic lost rivers, or just dry up on the surface, either as an alluvial fan or inland delta.

Sometimes, the rivers in an arid climate and locked in the middle of the continents, can’t reach the sea, the lake, or other water bodies. They evaporate and eventually disappear.

Some rivers or smaller streams form an alluvial fan, a large, fan- or cone-shaped pile of sediment where these streams emerge from a narrow mountain canyon onto a flat plain or broader valley. Suddenly, the stream’s velocity decreases and losses the energy to transport the sediment and deposit it. Alluvial fans are particularly common in deserts, but they are by no means limited to arid regions. 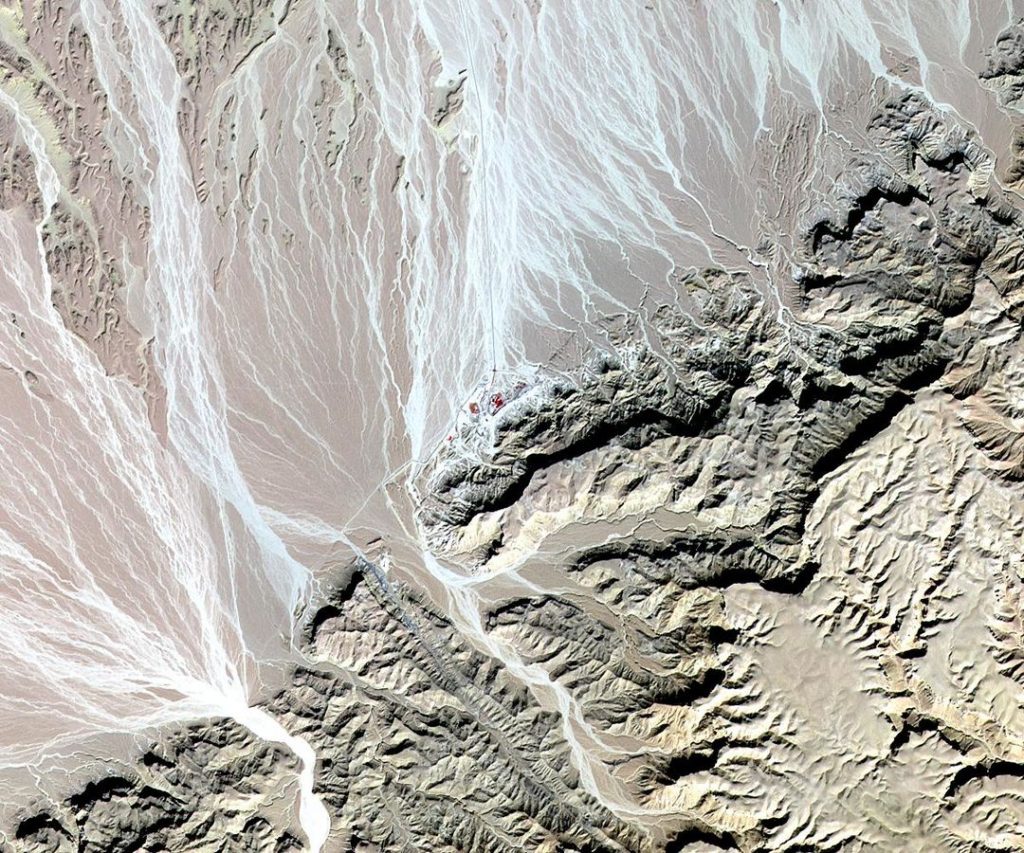 An alluvial fan builds up its characteristic fan shape that resembles a sea delta.  A stream shifts its channels in the alluvial fan in a braided pattern. Deposition on an alluvial fan in the desert often happens during a short period after the infrequent rainstorms. When the rain comes, the amount of sediment to be moved is often greater than the available water, and material is moved as a debris flow.

The water is gradually evaporated and infiltrated into the fan and underground. On large fans, deposits are graded in size within the fan, with the coarsest sediment dropped nearest the mountains and the finer material deposited progressively farther away.

Alluvial fans are especially wcommon in the southwestern desert of the United States.

Okavango Delta in north-west Botswana is a famous example of the inland delta or low gradient alluvial fan. It is also called endorheic delta because its waters drain instead into the desert sands of the Kalahari Basin. Okavango is a large African river and in the delta in branches in several channels. This delta comprises permanent marshlands and seasonally flooded plains. This river floods large swaths of the land in a dry period. As a result, the Okavango Delta harbors extraordinary natural diversity, and some of the world’s most endangered species of large mammals, such as the cheetah, white rhinoceros, black rhinoceros, African wild dog, and lion. 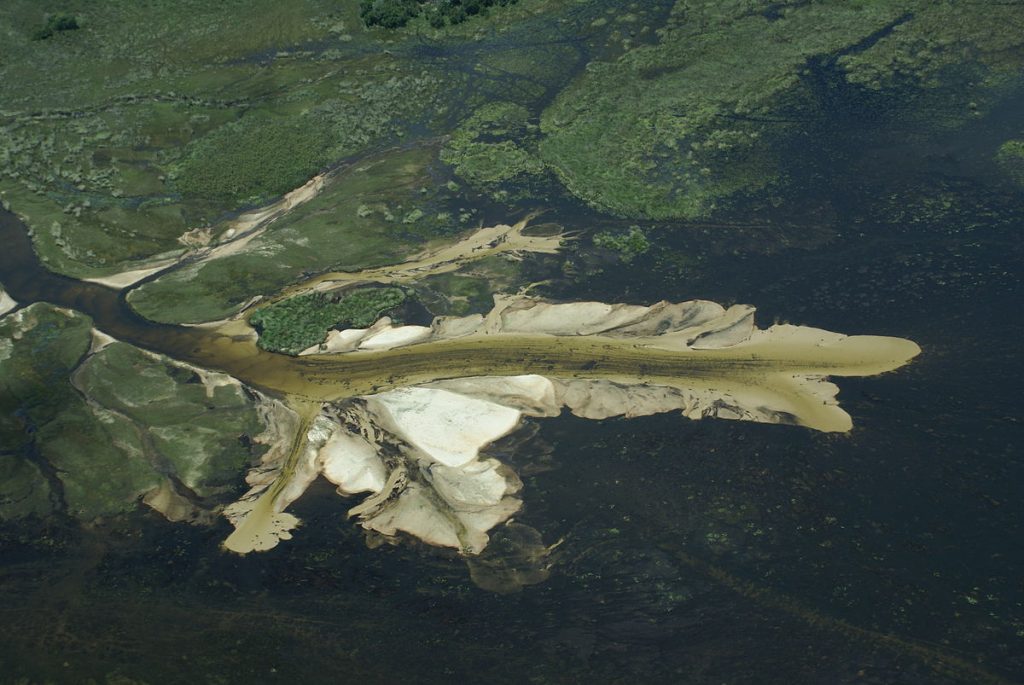 Not all inland deltas form such large and complex wetlands.

Rivers in a porous bedrock often do not evaporate, instead, they flow in the underground and continue flowing in the eternal dark. The water is not lost, however, and it eventually emerges back as a river spring or in the sea bottom. These rivers are called lost rivers. Read more about them. 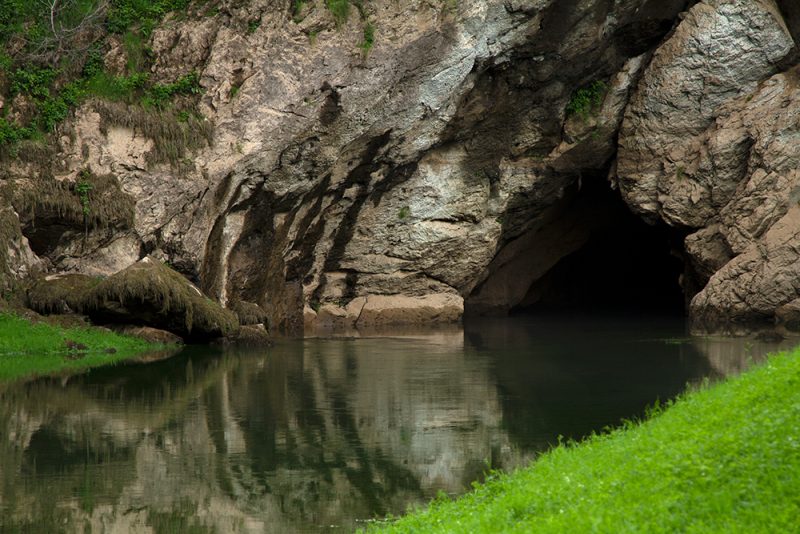